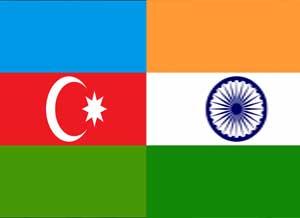 “Report” was informed at the embassy of India in Azerbaijan that, the festival organised by the Indian Association in Azerbaijan, featured dishes from different parts of India, cultural performances and fashion show.

Ambassador Rana said that the “Dostluq Festival” marked an important milestone of 25 years of diplomatic relations between India and Azerbaijan. 2016 is a momentous year for both countries as India is celebrating 70 years of independence while Azerbaijan is celebrating 25 years of its independence. Several India related cultural events will be held over the next 12 months in Azerbaijan to underline the close links of culture, cuisine and customs.

Speaking at the function, MP Jala Aliyeva congratulated the Indian Association Azerbaijan for holding the Food Festival and said India was loved in Azerbaijan and was known for its historic personalities like Mahatma Gandhi and Nobel Laureate Rabindranath Tagore. Azerbaijan and India have old links as seen in Ateshgah and their bilateral relations have been developing in every sphere in recent years.