Culture Ministry unveils list of events to mark November 8 Victory Day A series of victory events will be organized by the Culture Ministry on November 1-10, 2021 to mark the first anniversary of Azerbaijan’s glorious victory in the second Karabakh war, Report informs. 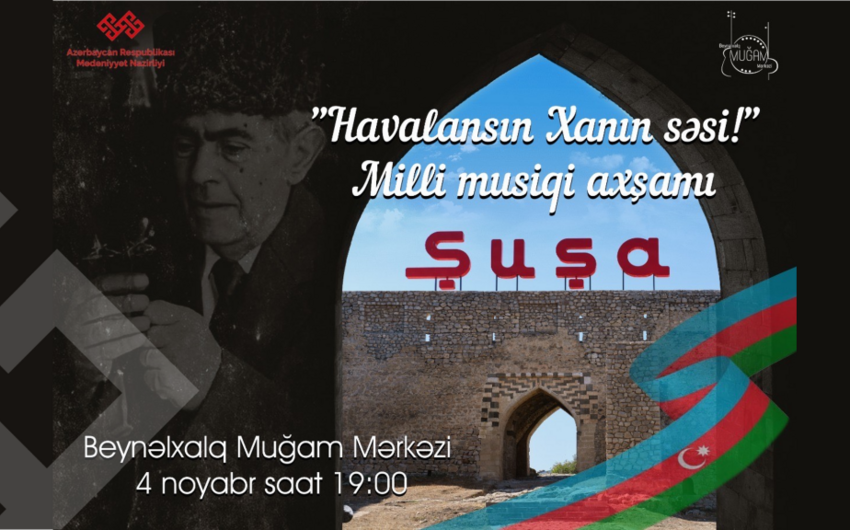 A series of victory events will be organized by the Culture Ministry on November 1-10, 2021 to mark the first anniversary of Azerbaijan’s glorious victory in the second Karabakh war, Report informs.

It was noted that this history, which has been a symbol of our unity and invincibility for a year now, has spread to all spheres of culture and ignited our spirit of victory. During the series of events, lovers of culture and art will become a part of the great victory.

Interesting concerts with the participation of leading groups will take place at the country's leading theater and concert venues as part of the colorful triumphant events.

The list of cultural programs, based on the victory notes, includes "Karabakh is Azerbaijan!" symphonic concert, dedicated to the victory of Azerbaijan, with the Azerbaijan State Symphony Orchestra, the Azerbaijani State Choir Capella, and soloists in presence at the Heydar Aliyev Palace; “Karabakh Shikastasi” Oratorio; “4.4” festival of short performances; “Let the Khan's Voice Be Aired!” at the International Mugam Center; jazz evening "Jazz says Victory"; victory concert performed by young talents at the State Children's Philharmonic, the Javad khan ballet at the Azerbaijani State Academic Opera and Ballet Theater, concert with the participation of young talents in the Chamber and Organ Music Hall and performances at theaters.

One of the significant events is that the winners of the composition competition dedicated to our glorious victory in the Patriotic War, held with the support of the ministry, will be announced during the Victory Days. Veterans and martyrs' families, veterans, and war veterans will be invited to the events.