Italian deputy minister: We ready to support Azerbaijan in tourism development - INTERVIEW 'Contribution of Azerbaijan to preservation of Rome’s unique monumental heritage is an important symbol of friendship'
125 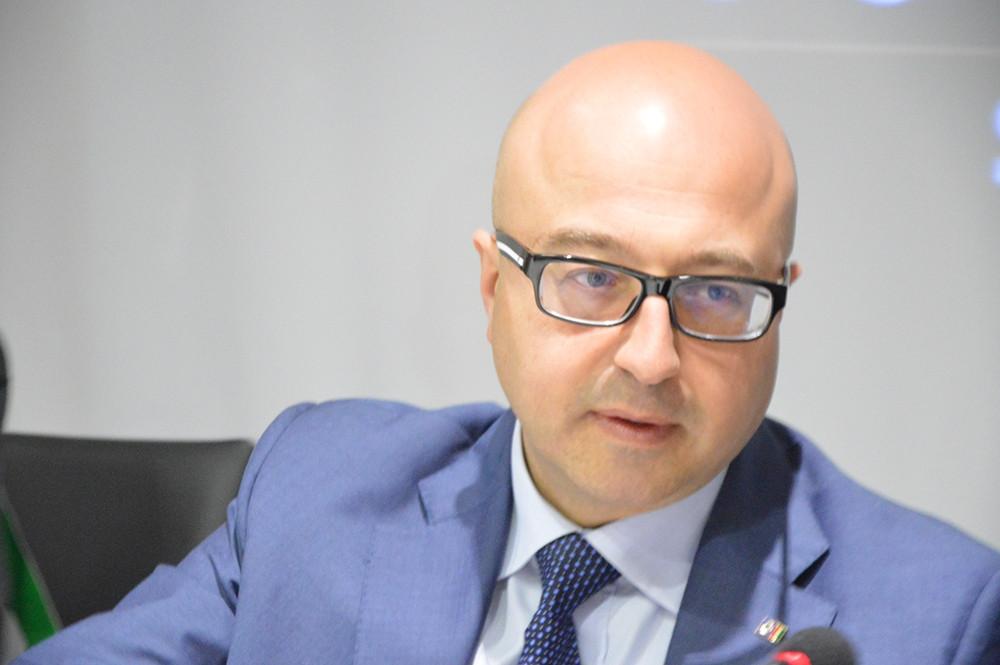 - Mr. Antimo, how can you assess the importance of the 4-th World Forum on International Dialogue?

- The World Forum is a landmark opportunity for world leaders and practitioners to address the topics of intercultural and interfaith dialogue. Today, more than ever, the values at the heart of the Alliance of Civilizations remain timely and require the active commitment of like-minded governments and civil societies, which is why I am glad and honored to be in Baku for this important event.

Italy remains at the forefront of international efforts toward intercultural dialogue and cooperation. Witnessing the unacceptable destruction inflicted upon the invaluable heritage of Iraq and Syria, we were among the key sponsors of the Unite 4 Heritage campaign and launched the “Blue Helmets for Culture” initiative, as a sign of our desire to make a real contribution to the defense of cultural heritage worldwide. We are also among the world leaders in the field of countering the illicit trafficking of works of art and archaeological pieces. I look forward to bringing this commitment and experience to the table during the Forum.

- How can you generally assess cultural ties between Italy and Azerbaijan?

- The cultural ties between our two countries are built on a solid foundation of mutual sympathy and historical exchanges, dating back to the ancient times and constantly nurtured by travellers, traders and diplomats. The signing of the Memorandum of Understanding, which took place during President Aliyev’s visit to Rome in May 2014, provided a new, enhanced framework allowing us to multiply our joint initiatives. I would also like to recall the outstanding contribution of Azerbaijan to EXPO Milano 2015.

In terms of current projects, we place great importance on the EU-funded twinning project under way between our Ministries of Culture, aimed at working out a plan of modernization of the regulation and management of cultural policy. The twinning project already helps spur interconnections between key Italian and Azerbaijani institutions: on May 3rd, an important Memorandum of Understanding was signed between Milan’s Pinacoteca di Brera and the National Art Museum of Azerbaijan, opening the way to constant exchanges and mentoring projects. We are equally proud to offer scholarships to Azerbaijani students, in order to favor the study of the Italian language and culture in our own country.

In addition, Italy supports the work of one archaeological mission in Azerbaijan, jointly conducted by the University of Naples and the State University of Baku. We wish to pursue and, if possible, further enhance cooperation in the archaeological sector, which is already helping us build valuable ties between Italian and Azerbaijani experts in a field where Italy has unique expertise.

Finally, I would like to recall that this is an important year for our bilateral relations, as we mark the 25th anniversary of the establishment of diplomatic relations between our two countries. In this framework, we are organizing in Baku an outstanding program of cultural events, which includes last week’s Italy-Azerbaijan Dialogue Forum, which brought together key stakeholders from the world of politics, academia and business, as well as a major exhibition of cutting-edge digital reproductions of Caravaggio’s works, taking place in November at the Heydar Aliyev Center.

- Taking into consideration that Italy is one of the world leaders in tourism and intention of Azerbaijan to raise the number of incoming tourists what kind of mutual cooperation can our countries have in this regard?

- I know that the Azerbaijani government considers this as a priority and has already put in place an electronic visa system, to facilitate tourism from countries such as Italy. Azerbaijan remains very active in participating to tourist fairs in Italy, and is already reaping the fruits of this engagement in terms of growing number of tourists and awareness among the Italian public.

In Italy, tourism has grown to be a major component of the economy, and I believe that cooperation between our countries can help unlock Azerbaijan’s great potential in this area. Culture, tourism and economic development are deeply connected, as investments in culture help develop tourism, which in turn supports balanced economic growth and diversification. Of course, promoting tourism requires investments in light and heavy infrastructures, hotels, broadband Internet, roads, airports, areas in which Italy can provide, here in Azerbaijan, adequate and professional support.

- What can you say about activities conducted by Azerbaijan to preserve historical monuments in the centre of Rome?

- The contribution of Azerbaijan and of the Heydar Aliyev Foundation to the preservation of Rome’s unique monumental heritage is an important symbol of the friendship between our two countries, and a testament to Azerbaijan’s commitment to the universal cultural heritage. Azerbaijan helped restore the Philosophers’ Hall of the Capitoline Museum, the oldest public museum in the world, and provided one million euro for the restoration of a key part of the Imperial Fora. The Heydar Aliyev Foundation also contributed to the restoration of Rome’s catacombs.

We also appreciate Azerbaijan’s continuing, high-profile presence at the Venice Biennale, as well as major initiatives such as the “Fly to Baku” exhibition of contemporary Azerbaijani art organized at Rome’s MAXXI museum in 2013. The ability of Azerbaijan to look both to the past and to the future in the field of culture and art is remarkable, and we should maintain this approach for all future joint initiatives.