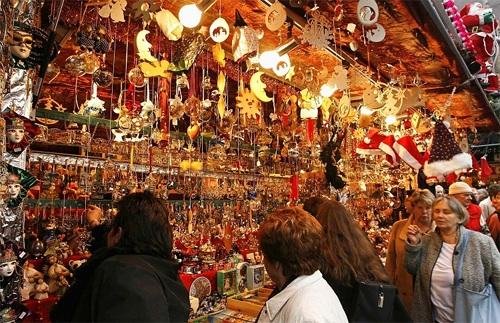 Baku. 16 September. REPORT.AZ/ Baku will host French Christmas Bazaar in December. The same event will be held in several French cities with the participation of Azerbaijani companies.

Report was itold by the French Ambassador to Azerbaijan Pascal Mounier, the decision was taken during the recent visit of the French delegation to Baku.

According to the ambassador, the French side expressed interest in developing cooperation in tourism with Azerbaijan, so they agreed to hold a French Christmas Bazaar in Baku and Christmas Bazaars with the participation of Azerbaijani companies in such French cities as Colmar, Strasbourg and others.

P.Mounier also stressed that, they aimed to double the number of French tourists visiting Azerbaijan. This issue was discussed at a meeting of the French delegation and the Minister of Culture and Tourism, Abulfas Garayev.