Azerbaijani embassy organizes exhibition of carpets in Seoul Baku. 4 December. REPORT.AZ/ The Azerbaijani Embassy in Seoul has organized an exhibition of the country’s carpets at the Korea Foundation Gallery in Seoul through Dec. 19, Report informs citing Korea Herald. 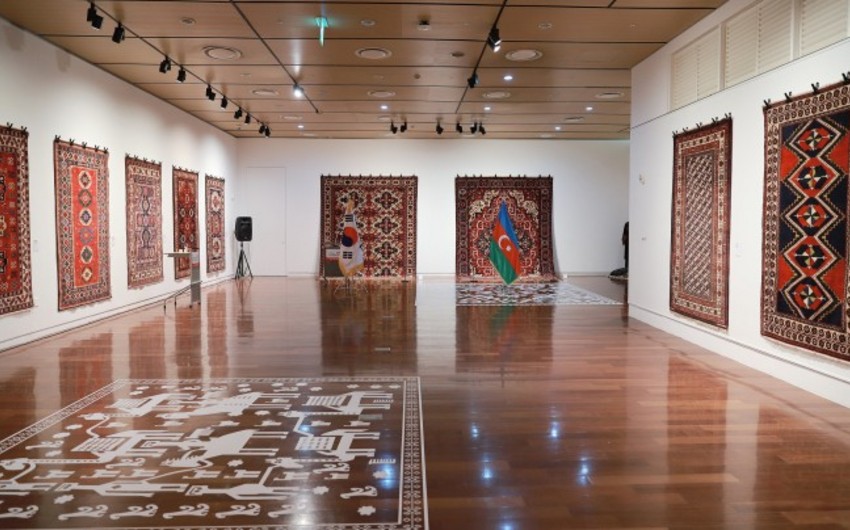 Baku. 4 December. REPORT.AZ/ The Azerbaijani Embassy in Seoul has organized an exhibition of the country’s carpets at the Korea Foundation Gallery in Seoul through Dec. 19, Report informs citing Korea Herald.

“Today we are witnessing a historically important event, which I believe will be a milestone in furthering cultural exchanges between Azerbaijan and Korea,” said Azerbaijani Ambassador to Korea Ramzi Teymurov at the opening ceremony on Thursday.

He pointed that Azerbaijani carpets are used at the United States White House and State Department as well as many museums around the world, he pointed out, including the Louvre Museum in Paris, the Metropolitan Museum of Art in New York, the Museum of Fine Arts in Boston, the Museum of Art in Philadelphia, the Victoria and Albert Museum in London and the Hermitage in St. Petersburg.

Korea Foundation President Lee Si-hyung noted that since 1992 Baku and Seoul have steadily engaged each other in commerce, government, law and defense.

“Economic cooperation between Azerbaijan and Korea has been particularly significant in the sectors of transportation, information technology, construction and green energy. I look very much forward to seeing Azerbaijan and Korea join hands to foster deeper mutual understanding and realize a variety of cultural collaborations in the future," he said.

The event which will last until December 19 occurs as part of the centenary celebration of the Azerbaijan Democratic Republic’s independence proclamation. 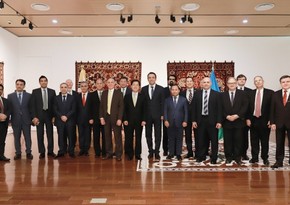 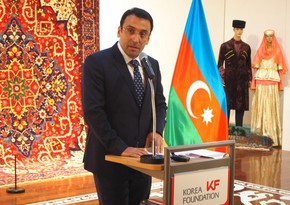