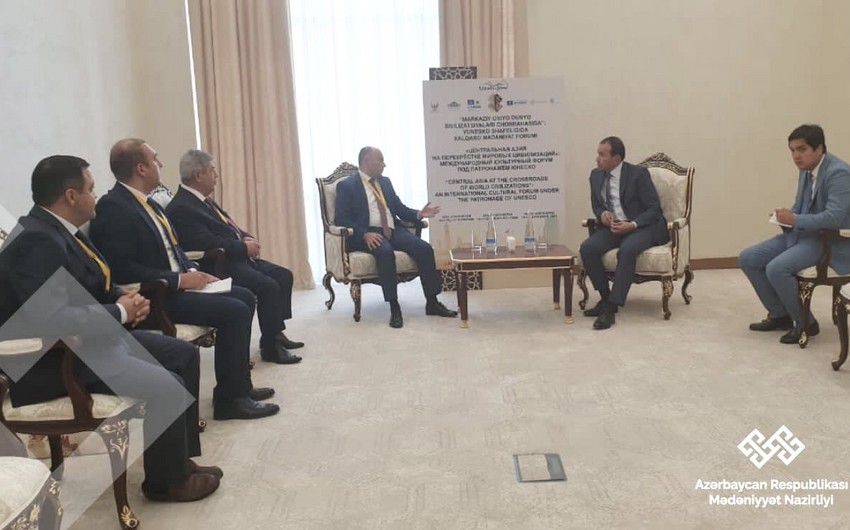 Kerimov wrote about the meeting on his Twitter page.

At the meetings, Azerbaijan and Uzbekistan discussed recognition issues of shared history and traditions in their countries and at the international level, cooperation between researchers, and the implementation of joint projects.

They also considered the possibilities of cooperation between the two friendly countries in the field of culture. An agreement was reached on restoring monuments, the joint production of movies, and the twinning of cities.