Baku. 2 February. REPORT.AZ/ Genoa city has presented "Ali and Nino" film based on Kurban Said's novel of the same name.

Report informs, the event was organized by the Embassy of Azerbaijan in Italy and the Honorary Consulate of Genoa.

Representatives of diplomatic corps and honorary consulates accredited in Genoa city, cultural and cinematographers and public representatives attended the ceremony.

The event was opened by Azerbaijan`s honorary consul to Genoa Margarita Kosta, telling about the plot and the importance of the film, as well as about the life and work of the author, Gurban Said.

The diplomat said the presentation of film coincided with the 100th anniversary of the establishment of the Azerbaijan Democratic Republic (ADR) and spoke about that period. Along with the demonstration of the film, the event participants were provided with propaganda materials about our country. 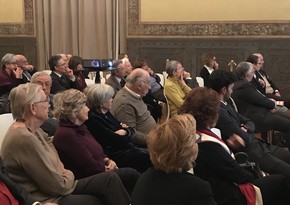 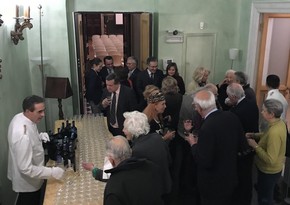