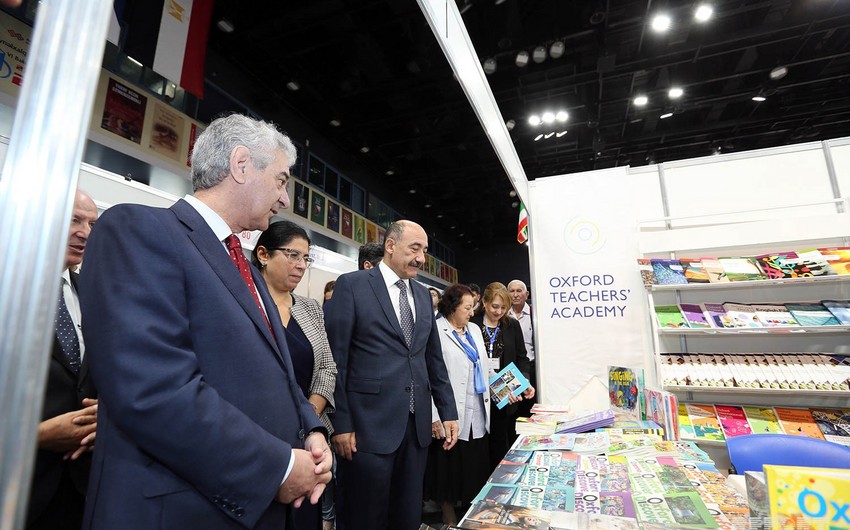 The opening ceremony of the 6th Baku International Book Fair was organized  with the organizational support of the Ministry of Culture.

Garayev said that book occupies an important place in the history of the Azerbaijani people: "The works written by our writers have lived for centuries, new books and films were created on the basis of such works. We should endear books to our young people. Tens of prestigious libraries operate in Azerbaijan. Our country won the Grand Prix at the Book Fair held in Moscow. The Azerbaijani book has opened its doors to foreign visitors for the sixth time. 80 publications from Azerbaijan , while 40 publications from 22 foreign countries participate in the exhibition. This Book fair is dedicated to the 650th anniversary of Nasimi. We will proudly continue this development in the future.

Ahmadov said the exhibition is a great event for the promotion of the book: ''Today, Azerbaijan is a society with great intellectual wealth. It is impossible to imagine the development of human capital without a book. Holding this exhibition for the 6th time in Azerbaijan is the indication of  the value that our country gives to the book. In the end, I congratulate all of you and encourage you to strengthen your efforts to increase the love for books in your children."

Then the participants of the event reviewed the books presented at the fair.