French expert: Many countries will be interested in investing in Azerbaijan's liberated lands 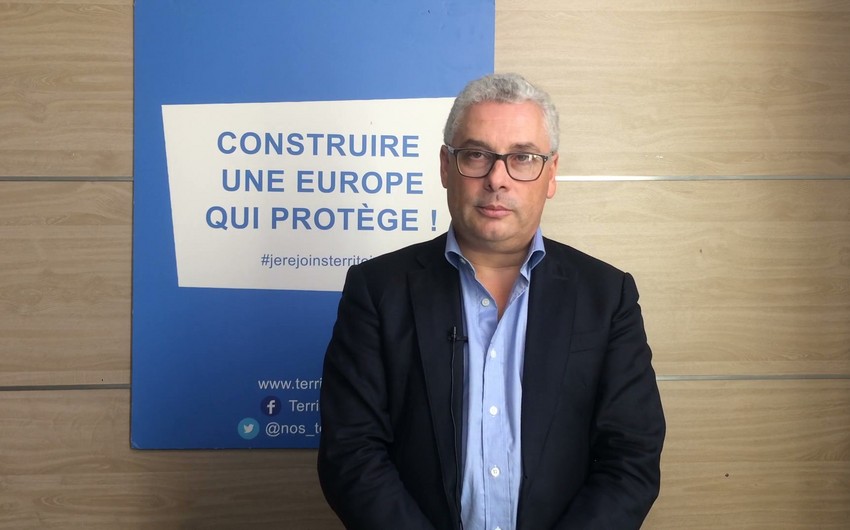 "Azerbaijan's liberated territories will make a great contribution to the development of the region," Emmanuel Dupuy, President of the Institute for European Perspective and Security in Europe, said.

Report's local bureau quotes him as saying that many countries would be interested in investing in the reconstruction of Azerbaijan's liberated lands. "Azerbaijan's liberated lands will play an important role in the economic development of the region. Not only Azerbaijan but other countries in the region, as well as investors and reconstruction countries." At this stage, three options seem realistic. First of all, Turkish and Israeli companies can be the leading investors. Another possible option is not contrary but complementary to the first one. These are Chinese companies. Chinese investment in terms of projects connecting Georgia and Azerbaijan, represents a great importance. Armenia, which has been left out so far, may also be involved in these projects. The third is an investment from Iran. Iranian Foreign Minister Mohammad Javad Zarif's visit to Nakhchivan demonstrated his country's interest in joining the Turkish-Iranian-Afghan railway. All these projects will have a positive impact on the economic development of the Caucasus and will thereby be of great benefit to Iran. Finally, the last places are occupied by other countries globally, including France, Europe in general, and the United States," Dupuy said.

Dupuy stressed that the liberation of Azerbaijani territories strengthened the opportunities for the Caucasus' unification and increased its role as a bridge between Europe and Asia. "After the liberation of Nagorno-Karabakh, there is no going back. Today's situation promises excellent prospects. The construction of roads connecting Europe and Asia through the Caucasus is one of the essential projects ahead. The ytime has come for the implementation of joint reconstruction works by creating the Caucasus or the South Caucasus unity, considering its needs."