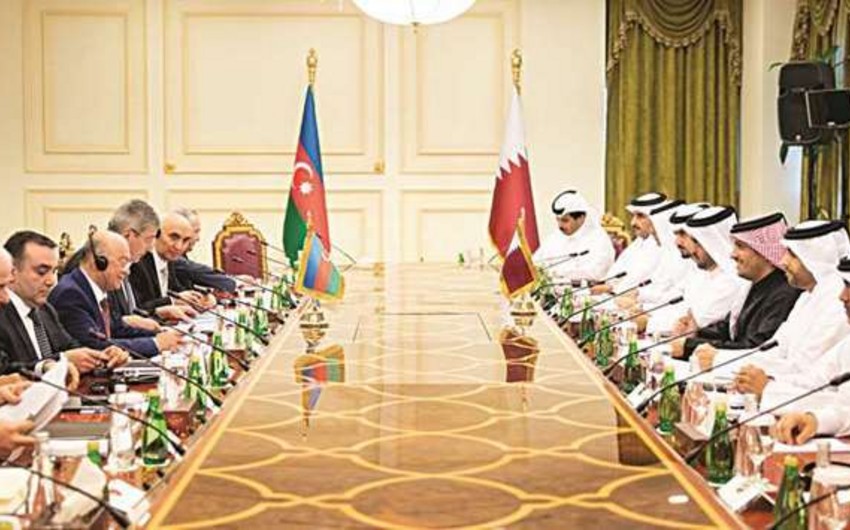 The meeting was chaired by HE the Deputy Prime Minister and Minister of Foreign Affairs Sheikh Mohamed bin Abdulrahman al-Thani, and Azerbaijan’s Minister of Emergency Situations .

During the meeting HE Sheikh Mohamed bin Abdulrahman al-Thani highlighted the positive outcomes of the committee’s first meeting in terms of enhancing bilateral ties. He noted that the current year coincides with the 25th anniversary of establishment of diplomatic ties between Qatar and Azerbaijan.

He said that the visit of His Highness the Amir Sheikh Tamim bin Hamad al-Thani to Azerbaijan in 2016, and the visit of Azerbaijan’s President to Qatar in 2017 contributed to enhancing bilateral relations.

For his part, Azerbaijan’s minister of emergency situations praised the development in bilateral ties. He highlighted the role of high-level visits in enhancing them, noting that during the visits several bilateral agreements were signed. The minister added that both countries’ companies also contributed to increasing trade and opening up further scope for co-operation.
The meeting focused on enhancing trade volume and exchanging visits between delegations, chambers of commerce, businessmen, and the private sector, in addition to organising joint trade events for Small and Medium Enterprises.

Notably, the first meeting of intergovernmental trade-economic committee was held on January 31 2017.