The Junior Eurovision Song Contest 2021 will be held in Paris today, informs.

Sona Azizova will represent Azerbaijan with the song "One of those days."

The event will take place at the La Seine Musicale Concert Hall on Seguin Island.

If you like Sona Azizova's performance, go to , and vote. 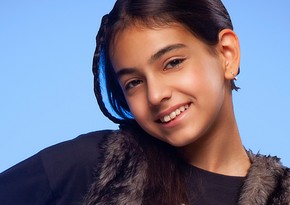