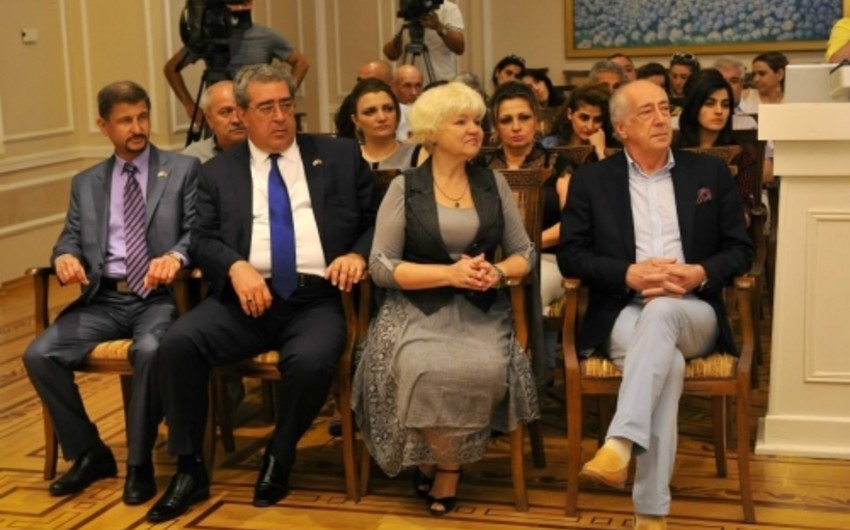 Report was said by the Information and Public Relations Department of .

The ministry noted that the leadership of Azerbaijan-Israel International Association General Director under Lev Spivak, a delegation of political and cultural figures, journalists are on the visit to Azerbaijan.

Israeli guests visited some regions to get acquainted with the rich culture of the country.

During the visit, a meeting among the Director General of the National Art Museum of Azerbaijan-Israel International Association Lev Spivak, a prominent Israeli artist Galina Padolskaya, head of Azerbaijan-Israel International Association Vahid Bayramov was held. The sides spoke about the development of cultural relations and strengthening the cultural exchange between the two countries.

A collection of 18 Israeli artists' works was presented to the Azerbaijani National Art Museum. Appreciating this step, the museum's leadership expressed gratitude to the guests.