The presentation of the film "Kazakh. History of the golden man" about the life of Kazakhstan’s first President Nursultan Nazarbayev took place in Baku. The main interviewer and co-author of the film is the famous American director and screenwriter, winner of three Oscars, Oliver Stone.

The 8-episode documentary was presented in Baku by the chief film director, Igor Lopatenok, and producer Vera Tomilova, Report informs.

“We started shooting in 2020. Despite the pandemic, we managed to shoot the film in full. In the West, this film is received very well, we receive very positive comments. July 6, 2021, on the birthday of former Kazakh President Nursultan Nazarbayev, the film was first presented in Kazakhstan, July 15 - in Moscow, November 5 - in Los Angeles. It is planned to present the film in Minsk, Abu Dhabi and Istanbul. Also in 2022, the film will be presented at the Berlin Film Festival. Then we want to provide access to the film through platforms such as Netflix and others," film director I. Lopatenok told reporters.

I. Lopatenok also noted that he was also lucky to get to know more closely the Azerbaijani cinematography. "In 2012-2013, together with my Azerbaijani colleagues, I worked on the restoration and colorization of the 1945 film Arshin Mal Alan (The Cloth Peddler). This is an amazing comedy, despite a rather small budget," he said.

The film director said that he is ready to make a film about Azerbaijan: “This country has a very rich and colorful culture. When I was here in 2012-2013, I learned to distinguish the Karabakh carpets from all others, identifying by their ornament. I would make a good film about Azerbaijan. There are some decent scenarios." 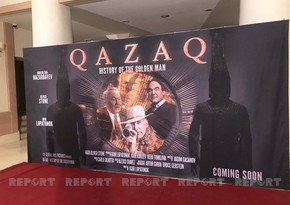 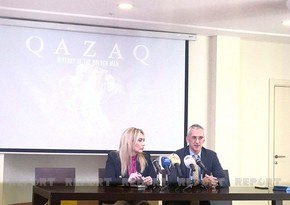