The UN meeting is a place to speak and go home - COMMENT It is enough to point to the failure of 4 resolutions over 22 years on Nagorno-Karabakh, to characterize position of the organization
1238 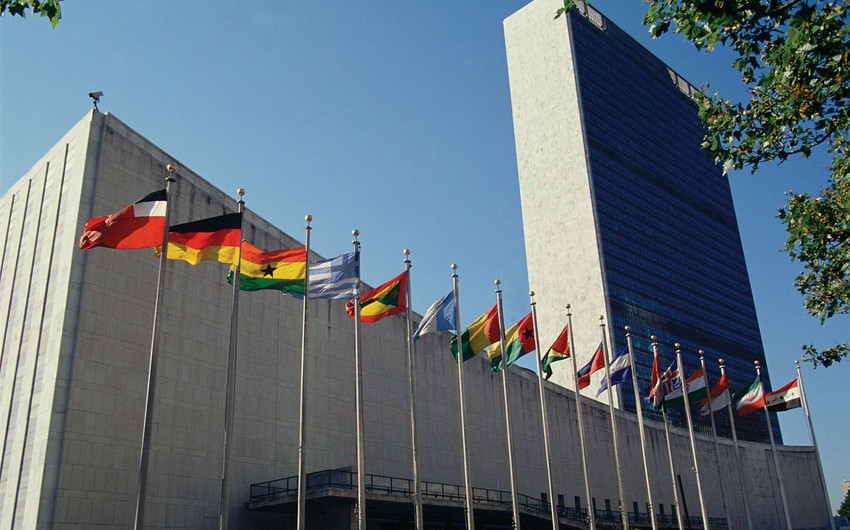 Baku. 2 October. REPORT.AZ/ The 70th anniversary session of the UN General Assembly continues. Heads of State and Government have made their presentations. The discussions will last up to October 3, 2015.

In their speeches, Heads of State touched on the various issues of concern to their countries and the world at large.

The speeches of the US President Barack Obama and his Russian counterpart Vladimir Putin Most were most impressive.

In his speech, Mr. Obama mainly touched upon issues of democracy, rule of law, fight against terrorism and economic cooperation. The head of the White House said, that the United States needs help to restore order in the world.

The Russian President Vladimir Putin touched on similar issues. However, he did not touch on democracy and the rule of law, but discussed fight against terrorism, ambitions of states, the economic situation in the world and so on.

In their speeches, leaders of both countries made both direct and indirect charges.

During his speech, the Prime Minister of Turkey Ahmet Davutoglu touched upon issues concerning the world, including the situation in the . He said that the region takes an important place in terms of peace and security, but the prevailing conflicts and instability weaken the region: "Unfortunately, conflicts in the South Caucasus remain unresolved."

The President of Armenia Serzh Sargsyan also had a speech on a session. Falsifying historical and international documents from the UN stage, he tried to infect the world with the "Armenian disease".

One of the inventions of Sargsyan was associated with the so-called "Armenian genocide", and the other with the Nagorno-Karabakh region of Azerbaijan.

These documents reflect the issue of territorial integrity of Azerbaijan.

Having distorted the adopted agreement on ceasefire in Nagorno-Karabakh, Sargsyan described it as a "peace" agreement.

He also did not hesitate to impose on the world that the allegedly document recognize the Armenian community of Nagorno-Karabakh as a "party".

However, on all international documents and official talks held in Baku, Azerbaijan promised the Armenian citizens of Karabakh autonomy and always said, and says that Azerbaijan wants Armenia to withdraw troops from the occupied territories.

In his speech, the President of Ukraine Petro Poroshenko also touched upon the Nagorno Karabakh conflict: "For decades, Russia has created an unstable line around itself. These include Nagorno-Karabakh, Transnistria, Abkhazia, South Ossetia, the Crimea and Donbas. These protracted conflicts are either supported by Russia, or directly associated with it."

Analyzing the current processes and speeches on the 70th session of the UN General Assembly speech, we can draw the following conclusions:

- All States have stated that they disapprove terrorism and suffer from it;

- They stressed they want to live in peace and tranquility;

- They emphasized the importance of economic cooperation;

- They talked about the problems of refugees;

- The countries stated that ISIS is a source of danger for all States;

- They stressed the importance of democracy;

- They stated that protecting environment is a priority;

- They noted the importance of peaceful settlement of conflicts through negotiations;

- They made mutual recriminations;

- they touched on human rights and the rule of law;

- They spoke positively about the Islamic religion;

- They mentioned the threat of nuclear weapons and so forth.

From the statements, it became clear that the leading nations of the world could not go beyond the comments regarding the observed international process.

The statements concerning the situation in the Middle East, the South Caucasus and Ukraine, again did not point out the main culprit. Both the right and the guilty tried to justify themselves. In other words, they talked and went home.

However, there is the truth. No matter what the head of the leading states of the world say, the world knows the truth.

The occupants of Nagorno-Karabakh and the instigators of the processes taking place in the Middle East are known.

Those who are behind the hybrid war cannot hide either.

Of course, the UN is the place where you can touch on the world processes and find a solution to the existing problems.

Along with this, there are many issues that remain unresolved, despite their lengthy discussion in international structures.

That is what discredits the UN. Therefore structural changes of the organization are proposed.

It is enough to point to the failure of 4 resolutions over 22 years on Nagorno-Karabakh, to characterize the position of the organization.

Then the all hope goes for ambitious states and their informal structures. It is a pity that they are too long to agree on something among themselves ...