Russian expert: Armenia will not go to serious negotiations with Azerbaijan until next April - OPINION

Russian expert: Armenia will not go to serious negotiations with Azerbaijan until next April - OPINION Neizhmakov: Yerevan can take some steps towards Baku 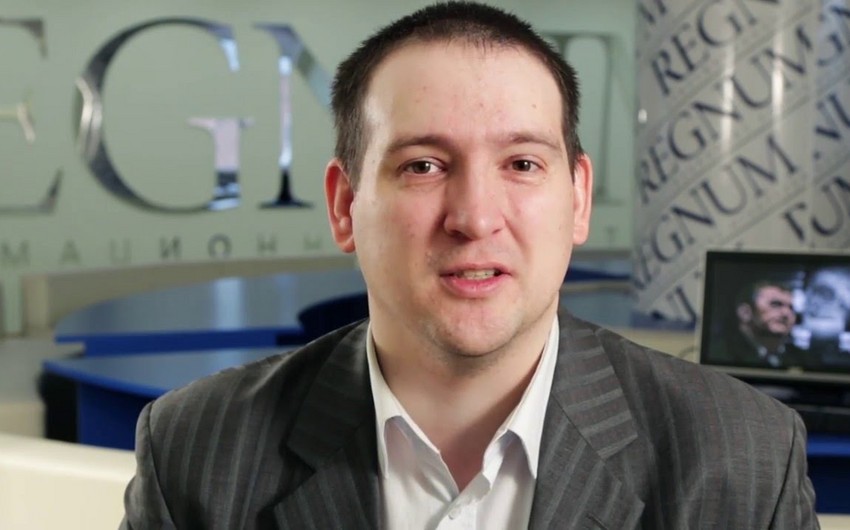 Baku. 28 April. REPORT.AZ/ In the coming year, Armenia will be in a situation of very unstable balance, when Serzh Sargsyan will be perceived as an outgoing president.

Report was told by the leading analyst of the Russian Agency for Political and Economic Communications Mikhail Neizhmakov, commenting on results of Moscow meeting of the Foreign Ministers of Azerbaijan, Armenia and Russia over the Nagorno-Karabakh conflict settlement.

"On the eve of the meeting in Moscow, Azerbaijani Foreign Minister Elmar Mammadyarov said that he expects from Yerevan "the readiness to withdraw troops from the occupied territories around Karabakh”. Paradoxically, in this case, sounding of a concrete demand on the eve of the talks once again confirms that the parties did not have any hope of achieving any progress on April 28. If there was such a hope, the sides would, on the contrary, avoid the public statements before the talks. Another confirmation that this was the case was that the representatives of Yerevan did not confirm the date of the talks until the last moment.

The political scientist also noted the need to remember that Yerevan can take some steps towards Baku, even under external pressure, only if there is a stable internal political situation in Armenia.

"Meanwhile, after parliamentary elections, many threats to destabilization in this country cannot be removed, but only delayed", leading analyst stated.

In his opinion, in the coming year Armenia will enter a situation of very unstable equilibrium, when Serzh Sargsyan will be perceived as an outgoing president, moreover, the future of the government is rather vague.

"This balance is more difficult to preserve than to violate. Until April 2018, when Sargsyan's presidential powers end, leading players of the Armenian policy will most likely not take risks by going to serious talks with Baku”, he added.

According to Neizhmakov, if serious initiatives on Karabakh are prepared by Moscow, its the most realistic step in 2017 will be "cautious preparation of elites and public opinion" in Armenia to resolve more cardinal issues.

"The firs t"fruits" of such work are unlikely to be visible before the middle of 2018," Russian expert emphasized.