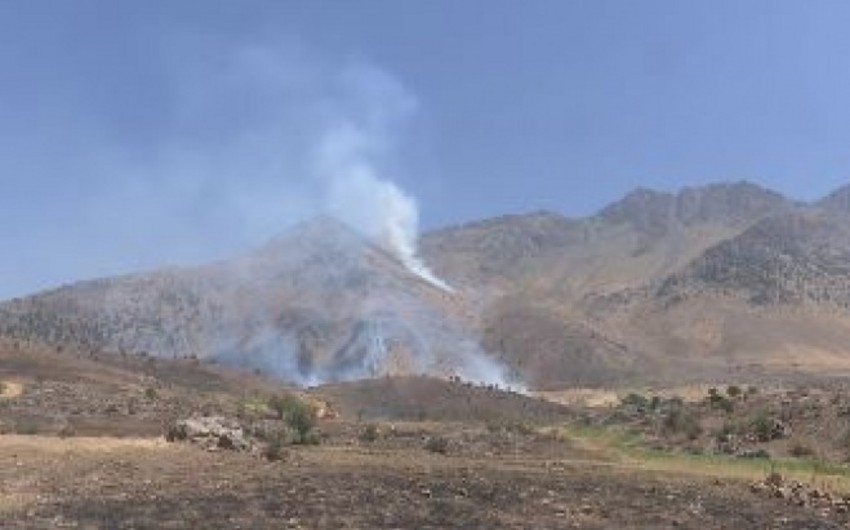 Baku. 3 July. REPORT.AZ/ A woman wounded as a result of artillery firing by Iranian Army on Mountainous Balekayeti region of Erbil, north of Iraq.

According to him, artillery fire began in the morning on July 3.

Izzet responded to the question of Iran's bombing of this region, which is located on the border: "The Iranian government claims that the armed Kurdish Democratic Party of Iran (KDPI) has settled in that area and fire those places.

According to the information, armed camp of Democratic Party of Iranian Kurdistan, which is considered an opposition to government is located in that area.

From the first day of Ramadan Iranian side completely cut off the river flowing into the Keladiz district of Iraq's Suleymaniya region.

In general, this party has been fighting for more than 70 years against the authorities in Iran. Previously, their struggle was supported by the Soviet Union. In recent years, KDP activity has been governed by the leadership of the Kurdish autonomy in northern Iraq. They say that the Kurds in Iran are fighting to build their state. Unfortunately, these forces also intend to build their state claimed on the account of the territories of South Azerbaijan.

The Kurdish administration in the north of Iraq said they wanted to hold a referendum on independence in fall this year.

Tehran authorities do not rule out the possibility of violation of its territorial integrity after Iraq and Syria.

The recent attacks on ISIS positions in Syria can be considered as warnings for YPG and PYD, wings of terrorist PKK. These forces - PKK, YPG, PYD and Kurdish autonomy in northern Iraq - have common stands in violation of Iranian territorial integrity.

By the way, Iran supports territorial integrity of Syria and Iraq and considers unacceptable the referendum to be held by the Kurdish autonomy in the north of Iraq.

Therefore, it can be assumed that Iran also begins to protect its territorial integrity from neighboring Syria and Iraq.