Impudence of Armenian Defense Ministry - silence of co-chairs - COMMENT Silence of intermediaries for Armenia's actions on the front line is a pat on the “head of Yerevan”. 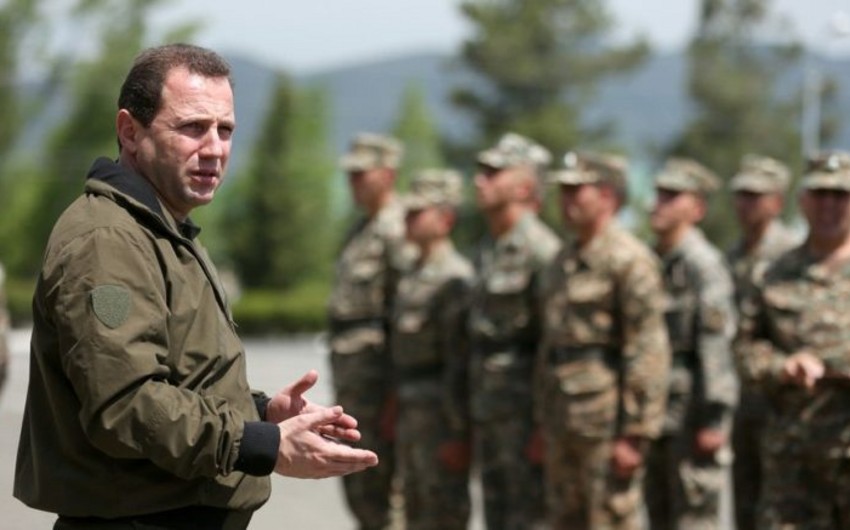 Silence of intermediaries for Armenia's actions on the front line is a pat on the “head of Yerevan”.

If so, Armenia will not be ashamed of the aggression through negotiations. However, after the new leadership came to power in May last year, some believed the change would take place in Yerevan's aggression policy. However, even more than a year has passed, but Armenia has not given up its aggression. The violation of the cease-fire on the contact line recently confirms this.

As a result of violation of ceasefire by Armenian armed forces in , soldier of Azerbaijani Armed Forces Elshan Khalilov was martyred. Murder of officer of the Azerbaijani army Agil Omarov on the eve of the OSCE Minsk Group Co-Chairs' visit to the region, the meeting of Azerbaijani Foreign Minister and Foreign Minister of Armenia Zohrab Mnatsakanyan, proved that the aggressor does not want the cease-fire regime to be preserved and peace talks are not going in a constructive direction. Naturally, personal instruction by Armenian Defense Minister David Tonoyan on the killing of the Azerbaijani serviceman and the submission of high-ranking Armenian servicemen to this award is a number of facts proving Yerevan's aggression.

By the way, at the International Economic Forum in Saint Petersburg, Armenian Prime Minister Nikol Pashinyan’s refusal to answer the question whether the authorities were involved in provocations on the frontline, followed by such a comment by the defense minister of the aggressor state shows that either  the prime minister is unable to govern the country or the official Yerevan's statements are fraud and peace talks are imitation. In all cases, the Armenian government, which aims to promote Europe and Western values, is no longer able to deceive the co-chairs of the OSCE Minsk Group with fraud and lies. When will the international community, that hears these lies and falsifications, react harshly to Armenia's provocations and prevent the occupation policy of this country sabotaging peace talks?

Let's also mention one issue. Nikol Pashinyan suggested holding a discussion on the loss of the April 2016 battle in Armenian Parliament. This is also a confession of defeat by the Armenian authorities. Supporters of Pashinyan want to prove that they have changed mood in the Armenian army. For this, the Armenian side is trying to hold military operations by resorting to various provocations on the front line.

A similar incident happened in April. The Armenian side violated the ceasefire and the Armenians are still unable to recover after the response given to them.

Meanwhile, international mediators silently welcome Armenia's ceasefire violation, provocation, and the incitement and propaganda of the occupation by defense minister. Or do they want a new April war? At that time, it can be concluded that the mediators, together with the Armenian authorities, are trying to drag Azerbaijan unto provocation. Otherwise, a strong response should be given to violator of cease-fire.