​Experts: ECHR's decision gave a rebuff to Armenians' attempts to politicize events in 1915 - COMMENT "The court verdict ended subsequent attempts of the Armenian side to raise the issue of "Armenian genocide"
2008 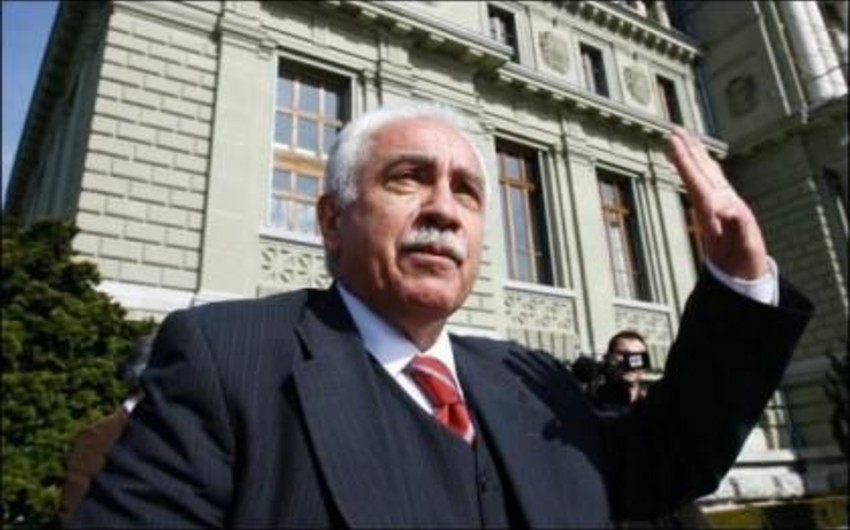 Baku. 16 October 16. REPORT.AZ/ Criminalization of so-called "Armenian genocide" and its recognition at the state level violates the fundamental conventions on human rights, experts said, commenting on the decision of the European Court of Human Rights in the case of "Dogu Perincek against Switzerland."

"The Supreme Court has justified Dogu Perincek thus decided that the so-called "Armenian genocide" is not a historical fact, but merely an opinion. It's a big win for Dogu Perincek himself", Report was told by the political scientist, Professor of Economics and Technology University in Ankara Togrul Ismayil.

According to him, the criminalization of the issue of "Armenian genocide" is a violation of human rights and freedom of speech: "You cannot bind non-historical fact, not a serious approach to the law, that is, to prevent the possibility of legally or scientifically justify its opposite opinion", he said.

He mentioned that the UN Convention on the Prevention of Genocide and Punishment doesn't say that the government should be responsible for it.

"It speaks about government officials and persons who are party to it. So if the state parliaments make such decisions, they in fact violate international agreements and laws themselves", said the expert.

In addition, the analyst pointed out that from the point of law, the events in Ottoman Empire in 1915 cannot be interpreted as a genocide, as the latter was historically not proven, so it is just one of the approaches and opinions of those events.

According to him, the decisions of the parliaments of various countries on the recognition of "Armenian genocide", are politically motivated.

"The issue of" Armenian genocide " is a tool of pressure on Turkey. This is pure politics and a tool of foreign policy pressure. It is a sword of Damocles over Turkey's head", - said the professor.

In turn, the researcher at the Institute of Human Rights of the National Academy of Sciences of Azerbaijan (ANAS) Rizvan Huseynov noted that the fact that ECHR confirmed the verdict, that is, rejected the appeal of Switzerland, gave a good precedent that future legislation and various legal acts of different countries could articulate that there was no "Armenian genocide", so this issue cannot be a subject to any legal case as it is a subject of debate of historians and scholars.

"The ECHR is considered one of the highest judicial levels. Their verdict ended subsequent attempts of the Armenian side to raise the issue of "Armenian genocide ". At the same time it is a recommendation for the European countries, especially Switzerland, France, who are trying to use criminalization and use the criminalization of "Armenian genocide" for their own interests", said the expert.

According to him, if such a thing happened in the eastern Islamic countries, they would be immediately accused of dictatorship and anti-democracy and defiance of human rights.

"Whereas we can see that criminalization of recognition of a "genocide" violates basic human rights conventions, not only European, but also the general values in the heart of Europe for many years. Therefore, the issue of double standards, that take place in the West, raises again", said Huseynov.

"We know that a commission of Turkish and Armenian historians, which doesn't work now due to the Armenians, was formed,. Now attempts of politicize these events received a clear rebuff on the European level. I do not think it will be good or beneficial in the future, it will not be appropriate to Armenians", he concluded.