Expert on Middle East: Conflict will continue until the interested forces will not find a compromise - COMMENT

Expert on Middle East: Conflict will continue until the interested forces will not find a compromise - COMMENT "On the territory of Syria is planned to create a buffer zone"
1227 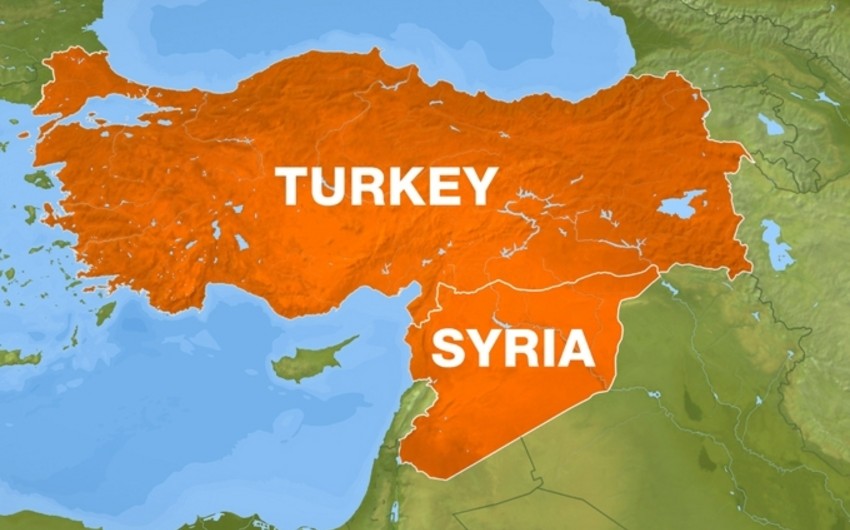 Baku. 29 July. REPORT.AZ/ After the terrorist attack perpetrated by "Islamic State" in Suruc, Turkey decided to provide a direct attack on their positions. Prior to this, Turkey gave an adequate response to the fact that, Syria shot down a military aircraft in Turkey. In the same situation, first, IS has dealt a blow to Turkey, and secondly took into account the opinion of the world community."

Report was told by the expert, specializing on Turkey and the Middle East, Togrul Ismayil, commenting on the situation around Turkey after the attack of IS in Suruc, as well attackes of Turkey on positions of IS and the Kurds in Syria and Iraq.

According to him, Turkey began bombing positions of IS, after consulting with its ally - the United States, as the Kurds, which before trusted by the Americans, were not able to express themselves as the terrorists.

Speaking about the ongoing Turkish air strikes on Syria and Iraq, the expert said that from the point of view of international law can be considered a violation of the sovereignty of another state, "But these areas are not controlled by the central government, so that in these moments Turkey acts under international law."

T.Ismayil also commented on the strikes, which Turkey deals on the positions of the Kurdistan Workers' Party. According to him, the opposition believes that the President of Turkey, Recep Tayyip Erdogan and his team applied these attacks to weaken the position of the political wing of People's Democracy Party (HDP) Selahettin Demirtaş, which gained a lot of support after the recent parliamentary elections: "But it is not so. Also should be taken into account another factor that, these military actions very much affected the economy. Moreover, polls show that if in the near future in Turkey, to held elections, the ruling party will lose even more positions."

The expert also ruled out the possibility that the attack was provoked in Suruc by Turkish Government of Turkey for further strikes on the positions of the Kurds and the IS in Syria and Iraq: "It's excluded. Turkey is a democratic and not such a bloodthirsty country that could do this."

Answering to the question, "Is there a possibility of establishment of Turkmen autonomous by Turkey in Syria and Iraq, may oppose the Kurds", T.Ismayil said that, now at this point of view, it's difficult to say anything, since Turkey does not have a consolidated policy on the matter . He noted that Syria planned to create a buffer zone, which will be inhabited by Syrian refugees and controlled by Turkish troops. In addition, according to unofficial sources, in the territory of these states will set up special forces, which will consist of Turkmen and controlled by Turkey. They need more equipped force that can keep the territories occipied by the IS and other terrorist organizations territories. IS, in turn, proved to be a viable, more mature and organized group. Even "Al Qaeda", has recognized the IS more violent organization."

Talking about how the situation arount Turkey can be completed, T.Ismayil said that, there are different classifications and therefore to forecast on this matter any results is impossible: "We need to know the whole highlight of the situation. Unfortunately, the full picture of some things is not available. I can not comment only by the picture is shown. And I see that, major changes are coming within the borders of states and the conflict will continue as long as the forces that are interested in this, don't find a compromise."