Russian expert: Consequences of demographic crisis will be terrible for Armenian statehood - COMMENT

Russian expert: Consequences of demographic crisis will be terrible for Armenian statehood - COMMENT “The demographic and social crisis in Armenia leads to a drop in the level of combat training of soldiers of the Armenian armed forces”, Russian expert Yevgeny Mikhailov told Report
120 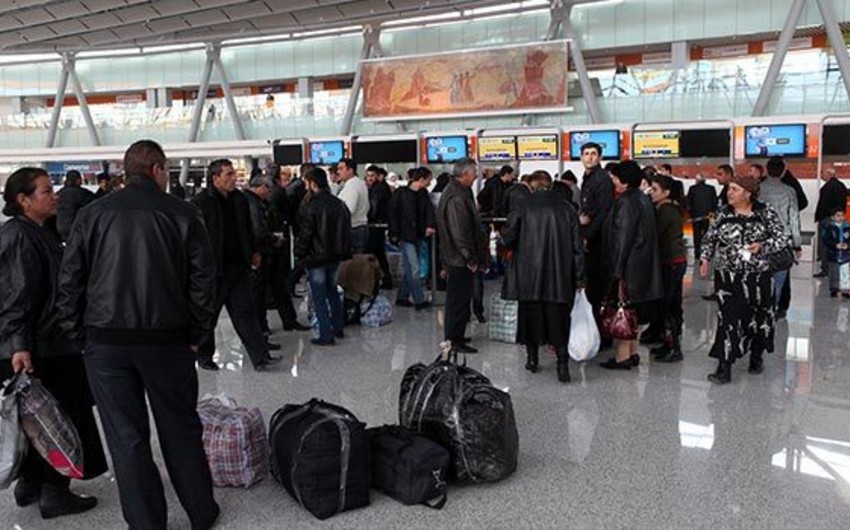 “The demographic and social crisis in Armenia leads to a drop in the level of combat training of soldiers of the Armenian armed forces”, Russian expert Yevgeny Mikhailov told Report

Armenian demographers sound the alarm - the country has serious problems in three major areas describing the demographic situation in the country, namely the birth rate, migration and population aging. Thus, according to the Statistics Committee of Armenia, the number of population continues to decline, and the trend of falling birth rate remains unchanged. 36,500 children were born in Armenia in the past year, while this figure was 37,700 in 2017, 40,600 in 2016, 41,760 in 2015.

Local experts confirm that in the current socio-economic situation, young people in Armenia cannot create a family, and after being a couple they do not plan to have children, which is due to social problems. In recent years, the number of marriages in Armenia has been decreasing, while the number of divorces is increasing.

In parallel with the decline in the birth rate in Armenia, the level of migration is growing: in 2017, nearly 35,000-40,000 people left Armenia and did not return.

According to Armenian experts, the dominant part of those leaving Armenia are people of reproductive and working age, which ultimately leads to an increase in the proportion of the elderly population. According to the data, the demographic balance is broken among 20-40-year-olds; the country lacks 60,000 men, which is the result of migration.

The executive representative of the UN Population Fund, Tsovinar Harutyunyan said that Armenia has already reached the demographic crisis and is gradually approaching depopulation, that is, the stage when the mortality rate may exceed the birth rate.

Russian expert Yevgeny Mikhailov believes that Armenia has faced catastrophic consequences in demography just because of short-sighted policy and namely due to the fact that it acquired the status of an aggressor and quarreled with all its neighbors.

"The main thing is the outflow of population and the decline in the birth rate. The driven people of Armenia do not know what to do and how to live in such economic conditions, when there is no opportunity to adequately support their family. All the hopes of youth are only related to immigration, and most importantly, part of the young people leave the country to study in Turkey, as there are much more prospects," said Yevgeny Mikhailov.

According to him, today hundreds of young people, including those from the occupied , are studying in Istanbul.

"How ironic... Yerevan cries out for recognition of the genocide, while the Armenians themselves go to study in Turkey. This is the true realization of the Armenian establishment's intentions. To escalate the hatred for the neighbors didn't quite work. Ordinary Armenians understand everything and draw conclusions that run counter to the official line. These conclusions lead to the facts that it is impossible to give birth to children in Armenia, as they are waiting for poverty and vegetating, if they do not leave the country," the expert said.

He expressed the opinion that such a demographic crisis cannot but affect the combat capability of the Armenian armed forces.

"A whole generation has passed since the beginning of the Nagorno-Karabakh conflict, and we see a sharp decline in the combat training of Armenian soldiers due to their physical inability to perform certain combat tasks, as health is simply not enough. This is due to lack of proper nutrition in families that cannot afford normal food because of the weak economy and the inability to earn a decent money," said Yevgeny Mikhailov.

In his opinion, the demographic crisis in Armenia is just beginning to show the future consequences, however it is obvious that they will be terrible for the Armenian statehood.

Speaking about the geopolitical context of the situation, the Russian political scientist pointed out that if the bellicose rhetoric continues and Armenia is completely isolated, the country will have nothing good in the future.

"The state cannot exist only with promises of a great future for the ancient people. The population should be allowed to live normally, otherwise the people leave for other countries, and those who remain, do not risk to have children in due measure to replenish the population. This will sooner or later lead to the collapse, if nothing is changed. Apparently, the Armenian political establishment thinks only about itself, not about the people. A matter of time, in this case then Armenia will presumably cease to have the ability to be a full-fledged state", Yevgeny Mikhailov concluded.