Armenia may resort to provocation against Azerbaijan at Francophonie summit - COMMENT

Armenia may resort to provocation against Azerbaijan at Francophonie summit - COMMENT Baku. 4 October. REPORT.AZ/ Situation in Armenia has not stabilized yet.
1434 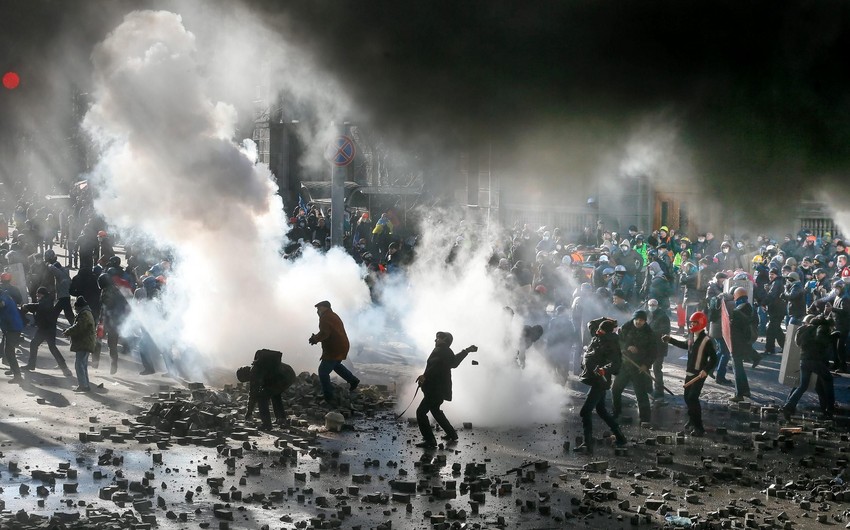 Baku. 4 October. REPORT.AZ/ Situation in Armenia has not stabilized yet.

Country’s Prime Minister Nikol Pashinyan proposes dissolution of the parliament and holding extraordinary elections until the end of December. His proposal is still resisted.

Even without inspecting other areas of life in Armenia, it is possible to say that the situation in this country is not good. In such a situation, Armenia is preparing to hold a Francophonie summit. This event will take place in Yerevan on October 11-12.

Notably, Frankophonie is an international organization of the French language, which incorporates 58 countries. 26 countries have an observer status with this organization.

Frankophonie has been functioning since 1970. The motto of the organization is equality, mutual complementarity, and solidarity. The basic criterion for membership is not French language skills of that country (though this is acknowledged), but cultural relations for many centuries even for many decades with France.

The term Frankophonie was first used by French geographer Onezim Rekli in 1880. He used it in scientific classification of the population of the world.

Frankophonie was put into dictionary in 1968 and has two meanings: those who speak French and a French-speaking community.

Surprisingly Armenia was admitted to the organization in 2008. On March 1 the same year peaceful protests were held in capital Yerevan against falsification of the results of the presidential election in the country on March 1. The army and police suppressed the protesters. At least ten people died, dozens of people were wounded.

Nikol Pashinyan is reviewing the criminal case initiated at that time. The criminal case has already been filed against former president Robert Kocharyan and he was prohibited to leave the country.

Armenia's membership in the organization after such an event is in full contravention of the Francophonie slogan. This membership means the leadership of this organization stands in solidarity with those who shed blood of protest participants in Yerevan. Moreover, how did an organization based on values such as humanism, peace, human rights and freedoms accepted a country that perpetrated one of the greatest tragedies of the 20th century – the Khojaly genocide and admitted it at highest level, repeatedly without mercy or shame but with proud? Or does Francophonie show solidarity with those who committed that crime?

Therefore, it can be said that the international cooperation organization has betrayed not only itself by holding such a summit in Armenia but also its charter by accepting this country as member.

France acts as an international mediator in the liberation of the occupied territories of Azerbaijan. This country is one of the three co-chairs of the OSCE Minsk Group. The agreement to hold the summit in Armenia and French president’s willingness to take part in that event cast doubts on the fair position of Paris in resolving the conflict.

In addition, members of the organization recognized the occupation of Azerbaijani lands by Armenia separately or within international organizations, and in many cases strongly condemned this fact. Some Francophonie members have confirmed the fact of occupation of Nagorno-Karabakh in the Council of Europe and partly in the Organization of Islamic Cooperation.

There is an unsettled conflict in Moldova as well. In such a case, permission to hold a summit in Yerevan can be considered as an indication of the unstable position of these states.

By doing so they seem to justify the fact that Armenia is an invader and has committed the Khojaly genocide.

A few words about the situation in the country that will host the summit.

It wouldn’t be new to say that Armenia is currently in a difficult economic situation. According to the official statistics, poverty in the country reaches 30 per cent while the real figure is 50 per cent. As a result of severe social conditions, people in Armenia are massively abandoning the country. Unemployment, depopulation and other factors indicate the poor state in the country. No state or businessman risk investing in this country. Due to its occupation policy, its access to foreign markets is limited.

Armenian civilians flee to foreign countries to feed their families and they accept to do any kind of work there.

At the same time, this country, which has almost no economy, continues to exist at the expense of foreign donations.

In such a situation, Armenia has neither financial means nor logistical conditions to host foreign guests.

There are no special cars for delegations, as well as hotels to accommodate guests.

In terms of security, Armenia is not a country to trust. A telephone conversation between Director of Armenian National Security Service (ARS) Artur Vanetsyan and the Chief of the Special Investigation Service, Sasun Khachatryan leaked on the Internet on September 11.

Leakage of the telephone conversation of key power structures in country indicates that security is not provided in Armenia.

Another fact is that Artur Vanetsyan's wife and children have been sent off the country for several months.

After the wiretapping scandal Artur Vanetsyan stated that he had a security problem with his family. Due to security concerns, the director moved to the government house. Artur Vanetsyan did not concerns his concern about the situation. He said that he had taken a heavy job, that he would have headache for himself and people close to him.

From this point of view there is a chaos in Armenia. It is unknown who serves whom. How can a country that cannot ensure the security of its citizens, even a country facing difficulty in protecting the head of the organization, can secure the safety of visitors during the Francophonie Summit?

Armenia is a country with single nation and religion. But in Francophonie there are people with different ethnic backgrounds, beliefs and outlook.

So, will Armenia be able to tolerate representatives of these communities?

Regardless of the essence Armenia has accustomed to politicizing many international events.

They usually put forward absurd claims about "genocide" and Nagorno-Karabakh. The statement by Prime Minister Nikol Pashinian at the 73rd session of the UN General Assembly also confirms this.

Representatives of international organizations are already familiar with the nature of Armenians and their noise and hysteria are ignored.

Member-states of the Organization of Islamic Cooperation, the European and Asian states, friendly with Azerbaijan are among the countries participating in the Yerevan summit.

So, in the final document, Armenia will try to come between Azerbaijan and these countries by proposing a contradiction to the interests of Azerbaijan. However, practice shows that Armenia's indefinite statements and claims against Azerbaijan have not been accepted in international organizations and events. It can be hoped that the participation of the Council of Europe and the OIC member-states as well as other friendly countries in the summit will hamper the steps of the Armenian circles to propagandize against Azerbaijan in the course of the event and in the final document.