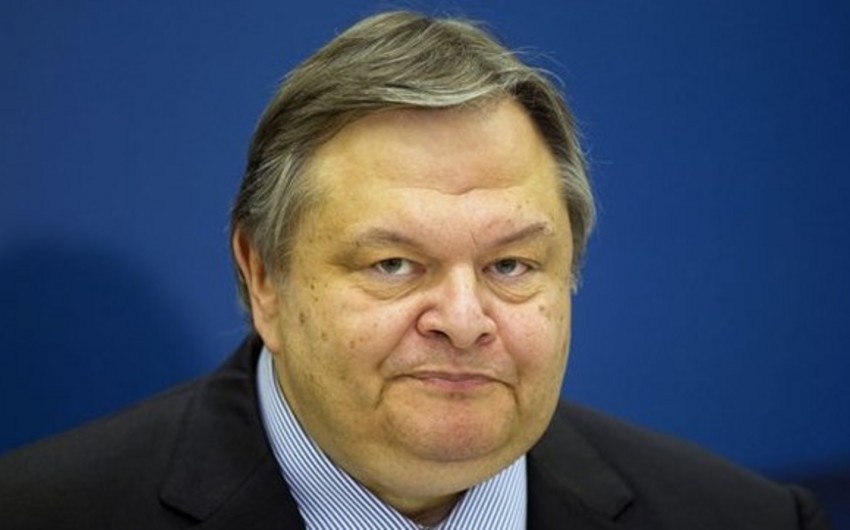 Venizelos will have a meeting with Foreign Minister Mevlüt Çavuşoğlu and be received by President Recep Tayyip Erdoğan.

Guest Minister Venizelos and Çavuşoğlu will address a joint press conference after private meetings and meetings between delegations of both countries.

Preliminary work for the third meeting of Turkey-Greece High Level Cooperation Council and Turkey-Greece ties will be discussed at the Çavuşoğlu-Venizelos meeting, informs Report citing TRT.

Turkey's views on matters of regional and international concern will be conveyed to the visiting Greek minister.

The Cyprus dispute is expected to be the main item during the talks. Turkey reacted when Greek Cypriot Administration pulled out of Cyprus peace talks in October and acted as parted of an international community in calling on Greece to reinitiate the talks.

Greek Foreign Minister Venizelos will then proceed to İstanbul and attend a Mass at Fener Greek Patriarchate, also to be joined by Pope Francis, who is in Turkey for a three-day official visit.