SpaceX to send crew of 'everyday people' into orbit on Dragon

SpaceX to send crew of 'everyday people' into orbit on Dragon SpaceX announced the Inspiration4 mission on Monday, calling it "the world's first all-commercial astronaut mission to orbit." A Dragon spacecraft with four people aboard could launch before the end of 2021 on a Falcon 9 rocket. 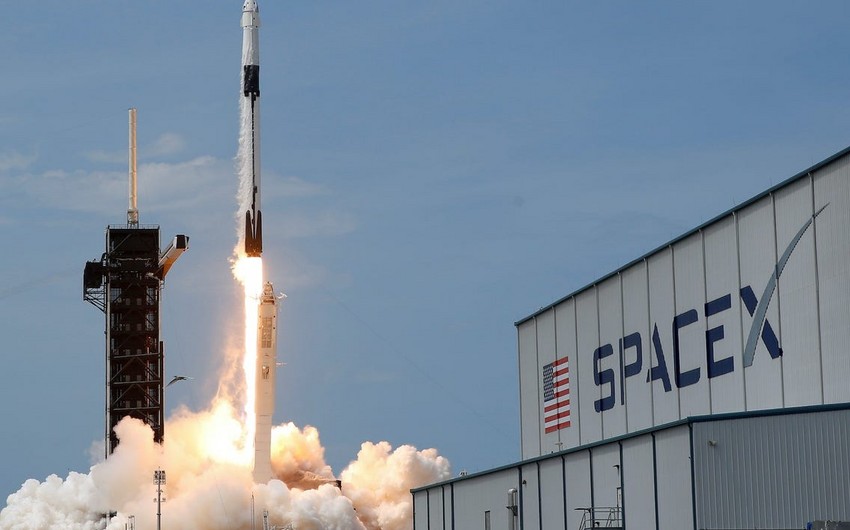 SpaceX announced the Inspiration4 mission on Monday, calling it 'the world's first all-commercial astronaut mission to orbit.' A Dragon spacecraft with four people aboard could launch before the end of 2021 on a Falcon 9 rocket.

Jared Isaacman, the billionaire founder of payment processor Shift4 Payments, will bankroll the trip and be the mission commander. He has quite a bit of flight experience closer to Earth as a former member of the aerial acrobatics Black Diamond Jet Team.

Isaacman is donating the three other seats "to individuals from the general public." SpaceX said it would provide the astronaut training, which will involve "emergency preparedness training, spacesuit and spacecraft ingress and egress exercises, as well as partial and full mission simulations."

"This mission enables access for everyday people who dream of going to space," SpaceX tweeted on Monday.

While SpaceX has successfully sent its Crew Dragon spacecraft to the International Space Station, Inspiration4 won't be heading for the orbiting laboratory. SpaceX describes the trip as a multi-day journey along a custom flightpath. Dragon will orbit Earth every 90 minutes, giving the travelers plenty of sunrises and sunsets to ogle along the way.

Shift4Payments is using the mission as a marketing opportunity. One of the seats will go to a Shift4Shop website customer, but a series of steps is required to be eligible. It involves opening an online store on the platform and creating a Twitter video about 'your entrepreneurial story.'

A panel of as-yet-unnamed celebrity judges will choose a winner, with the announcement expected in mid-March.

The other way to get in on the space sweepstakes is to donate to St. Jude Children's Research Hospital. A donation of $10 earns you 100 entries in a random drawing for a seat on Dragon, though there is an option to enter without donating.

An ambitious and deep-pocketed space fan can choose to donate $100,000 in exchange for 10,000 entries, an aerobatic airplane flight experience, a flight suit, and tickets to the launch. Isaacman has already pledged $100 million to the hospital.

The final member of the mission will be a St. Jude mission ambassador 'who exemplifies the courageous vision upon which St. Jude was founded.'

"I want to use this moment to bring humanity together, fuel change on Earth, and inspire others to follow their dreams," Isaacman tweeted.

Space tourism has long been on SpaceX founder Elon Musk's mind. In 2018, Musk announced plans to send its under-development Starship around the moon with a group of artists on board. Starship hasn't yet made it to space, but the Crew Dragon spacecraft has proven its abilities through the Commercial Crew program with NASA.

While Dragon has performed well, space is always a little tricky. "Any mission where there's crew onboard makes me nervous, just because the risk is not zero," Musk told NBC News' Tom Costello in an interview. "But we'll do everything we can to get as close as possible to zero."