Azerbaijan expects increase in tourist traffic from Colombia - EXCLUSIVE Colombian travel companies are interested in the new route Bogota-Istanbul-Baku-Tbilisi, proposed by Azerbaijan with the aim of increasing the number of tourists from this country, charge d'affaires of the Azerbaijani Embassy in Colombia, Hamid Zeynalov told Report.
154 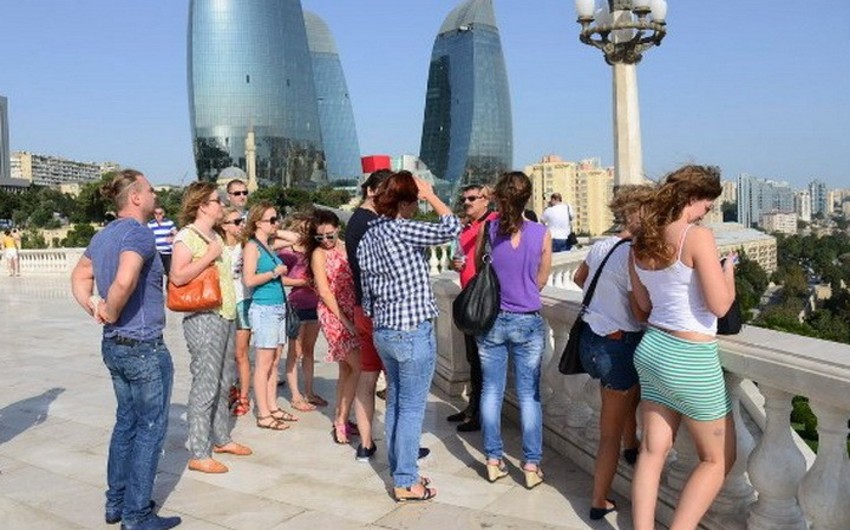 Colombian travel companies are interested in the new route Bogota-Istanbul-Baku-Tbilisi, proposed by Azerbaijan with the aim of increasing the number of tourists from this country, charge d'affaires of the Azerbaijani Embassy in Colombia, Hamid Zeynalov told Report.

“Many travel companies are already offering this direction, which aroused the interest of the Colombians, in particular, in connection with the upcoming UEFA Europa League final match in Baku in late May 2019. Due to the fact that football is a very popular sport in Colombia, the number of people wishing to come to Azerbaijan for the Europa League final is growing. This is noticeable judging by the number of appeals related to visa issues,” said Zeynalov.

According to him, the flights from Bogota to Istanbul are currently operated thrice a week, but given the high demand for this direction, in the near future the number of flights will increase to four, and from summer to five times a week.

"It will also help increase the flow of tourists to Azerbaijan, but all the same it is planned to attract tourists not only to Baku, but also to other regions of the country, particularly to Shaki, from where they can go to Tbilisi. Most tourists arrive in Azerbaijan from three large cities of Colombia - Medellín, Cartagena and Bogota. We had meetings with major Colombian travel companies that operate in all cities of the country and provided them with the information about winter and summer tourism in Azerbaijan,” said Zeynalov.

Meanwhile, according to him, thanks to the opening of a direct flight of Turkish Airlines from Istanbul to Bogota, this year the flow of tourists from Colombia to Azerbaijan has risen compared to the last three to five years.