Game one between Anand and Carlsen ends in a draw 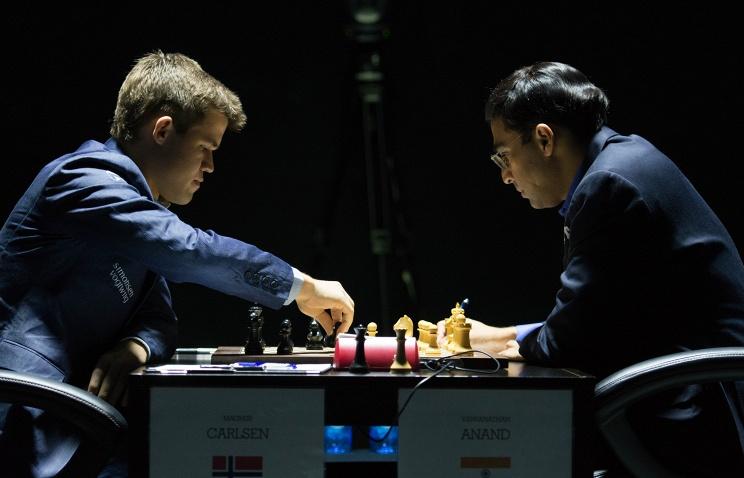 The players split a point to be level on 0.5-0.5. There were 48 moves in all. The second game will be played on Sunday.

Anand who played with white pieces in the first match, drew the game with his white's 48th move. There are 11 more games to follow.

With one of the preparations backfiring against an agile Magnus, it will be up to team Anand to look for remedial measures especially with white pieces as even though the Indian went up by almost 30 minutes on the clock in the opening phase.

The advantage was gradually neutralised by Carlsen. Anand was, in fact, having less time than Carlsen when the game reached the first time control.

Meanwhile, five-time world champion Anand, will look to avenge last year's championship defeat and clinch his sixth world title. The Indian ace, who has silenced his critics with some remarkable performances this year, is still the underdog but his chances seems to have improved greatly as compared to last time.

For Anand it will be a new challenge under better conditions than the last time when the Indian was struggling before the match took place.

The rules suggest that the match is to be played over 12-games, will have the Classical time control with 120 minutes for the first 40 moves, 60 minutes for the next 20 and then fifteen minutes each with a 30 second increment from move 61 onwards.

In case of a tied result after 12-games, four rapid games will be played to determine the winner and if the scores are still tied, the match will be fought over in a series of blitz games till a clear winner emerges.

The winner will get 60 per cent from the total prize fund of 1 million Euros.