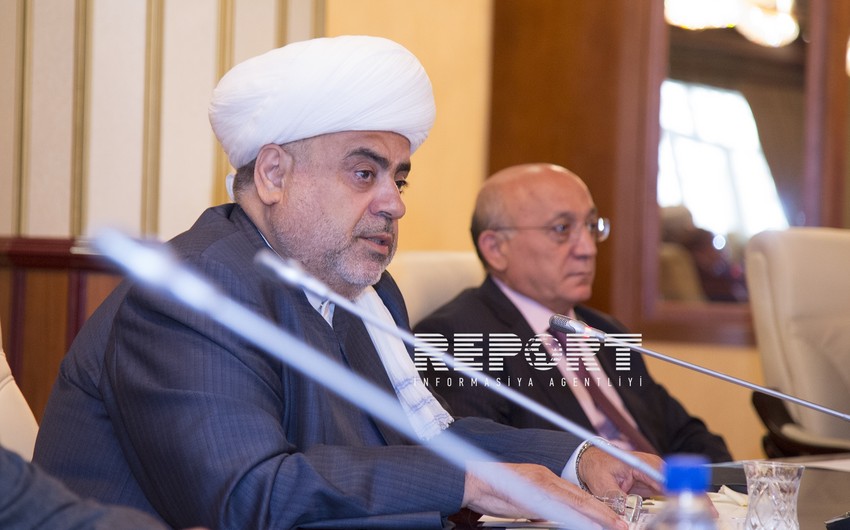 Baku. 10 May. REPORT.AZ/ The (CMO) held a conference dedicated to the 92nd birthday anniversary of national leader Heydar Aliyev.

Report informs making a speech in the event, Sheikh-ul-Islam Allahshukur Pashazadeh said that on May 9-10 in the mosques prayers will be referred to the merits of the national leader during religious talks: "History can not be forgotten. It is in memory of the people. Allah has sent Heydar Aliyev to Azerbaijan with great love, and all his deeds and promises are now carrying out by President Ilham Aliyev. Azerbaijan has become a well-developed and strong country. At present, the country's mosques are being built, work is underway on the reconstruction."

Sheikh-ul-Islam also honored the people, who gave their lives for the victory in the Great Patriotic War.

Speaking at the event, the Chairman of the State Committee for Work with Religious Organizations, Mubariz Gurbanli said that the heritage and the idea of Azerbaijanism pledged by Heydar Aliyev live today: "To speak of national leader can be more widely. This is necessary that, Heydar Aliyev's birthday is celebrated by all Azerbaijanis. We give the younger generation of his spirit heritage. We are proud that, Azerbaijan is a tolerant state. And this is evident not only in words but in works done."