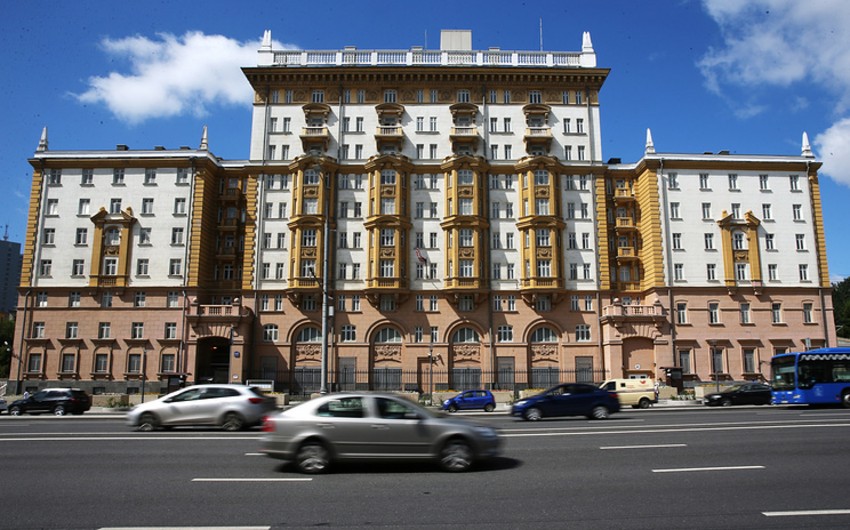 Baku. 21 August. REPORT.AZ/ The US Embassy in Moscow is suspending non-immigrant visa processing throughout Russia starting Wednesday because of Moscow's requirement to reduce its diplomatic staff to 455 people by September 1, the embassy said Monday. Report informs citing the statement of the US Embassy in Russia.

"Due to the Russian government-imposed cap on U.S. diplomatic personnel in Russia, all nonimmigrant visa operations across Russia will be suspended on August 23," the US mission said in a statement.

It said operations would resume in Moscow on September 1, while visa operations at US consulates in other Russian cities "will remain suspended indefinitely."

All scheduled appointments would be canceled and instructions would be provided to applicants on how to reschedule, the US embassy said.

"Planning for departures and staff reductions has already begun in order to meet the Russian government’s September 1 deadline for the reduction of personnel," the embassy said in response to a query on why it canceled visa interviews scheduled before September 1.

The US embassy added that it will operate at reduced capacity for "as long as our staffing levels are reduced."

"The staffing changes will also affect the scheduling of a limited number of immigrant visa applications. Affected applicants will be contacted if there is a change to the time and date of their interview," the diplomatic mission said.

Russian citizens who had paid a visa fee before the US Embassy in Moscow and consulates throughout the country canceled visa operations as of Wednesday, August 23, will not be able to either get a refund or transfer their applications to another country, the embassy said.

The Russian Foreign Ministry on July 28 and also offered the US to cut down the number of its diplomatic staff in Russia to 455 people by September 1. The move came amid a new US anti-Russia sanctions bill and follows a series of restriction measures imposed by Washington since 2014. It is similar to and suspend the use of diplomatic assets by Moscow in late 2016.

On July 30 President Vladimir Putin said the US would have to cut its diplomatic presence by 755 people.