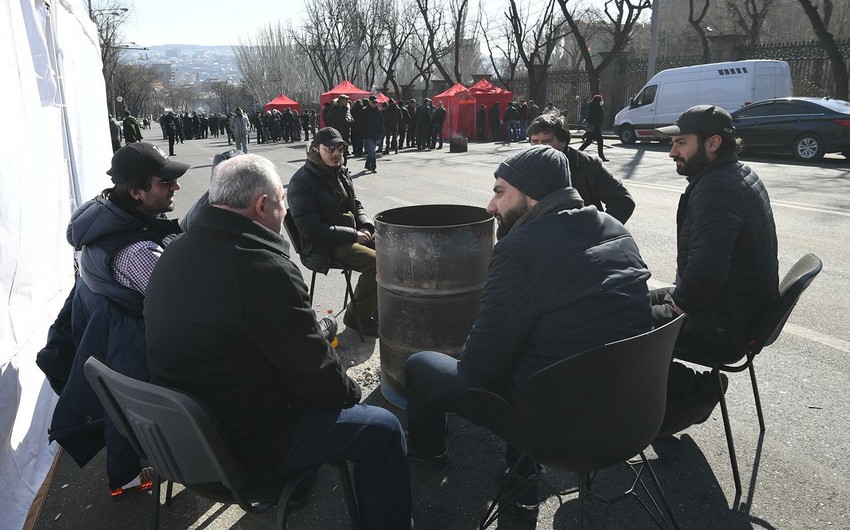 Opponents of Armenian Prime Minister Nikol Pashinyan have spent the second night in a tent camp near the parliament building in Yerevan, Report informs referring to RIA Novosti.

Two or three dozens of people spent the night in the camp. They said that the night was calm, they warmed themselves by the fire, and now they are cleaning the place.

In the afternoon, the opposition announced another rally at this place.

The police blocked the entrances to the camp, a chain of law enforcement officers lined up along the parliament fence.