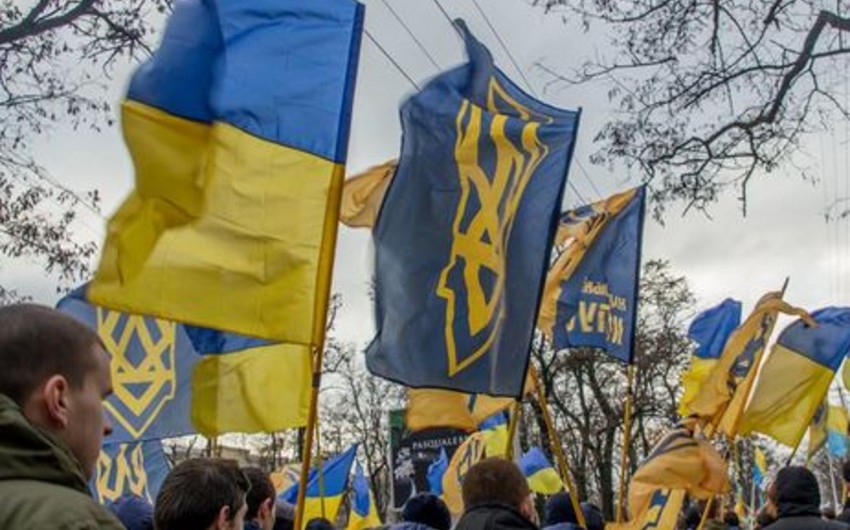 Baku. 3 April. REPORT.AZ/ The national forces "For Ukraine Without Oligarchs" have held a rally on April 3 in Kyiv, capital of Ukraine.

Report informs citing the Ukrainian media about 2,500 activists from All-Ukrainian Union 'Svoboda' [Freedom], the National Corps (former "Azov"), and the Right Sector and party associations participated in the rally.

Leader of the nationalist far-right Svoboda party Oleh Tyahnybok said that, they want to make changes to the package related to oligarchs: “Otherwise, this government must resign”.

National forces also demand changes to the election law and adoption of a law on impeachment of president.