Turkish Supreme Military Council to hold a meeting Discussion of issues regarding country's security, condition of Syrian Turkmens will be on the agenda of the meeting 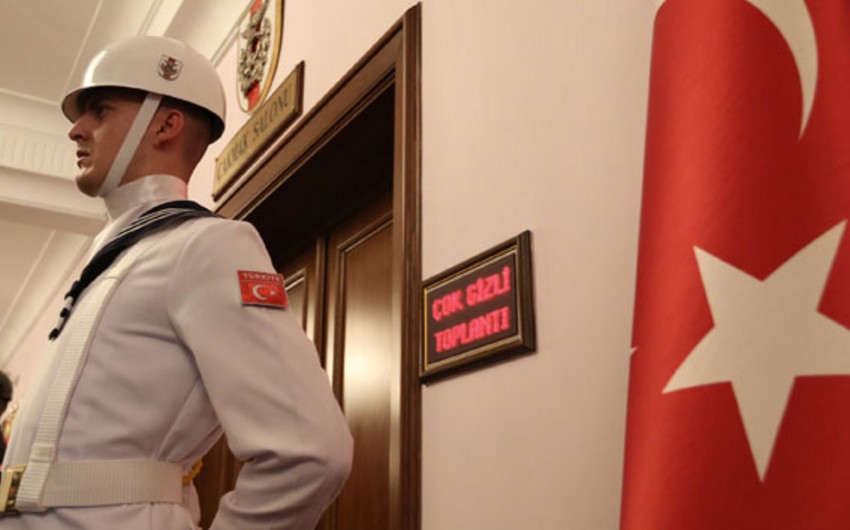 Discussion of issues regarding country's security, crisis arising after shot down of Russian plane violating Turkish airspace, military operations of Bashar al-Assad and his allies in the region belonging to Syrian Turkmens, fight against PKK, ISIS terrorist groups will be held.

Supreme Military Council is usually held once a year, in December or November.