Verkhovna Rada approved a statement "On Russian aggression in Ukraine" 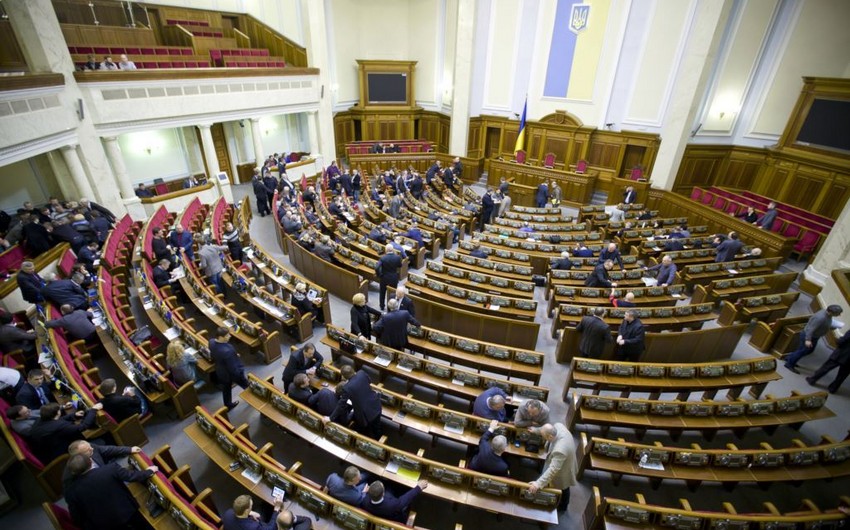 Baku. 27 January.REPORT.AZ/ Verkhovna Rada approved a statement "on Russian aggression in Ukraine." As Report informs referring to the Ukrainian media, the document particularly, contains an appeal to the United Nations on claim for the procedure of Russia's exclusion from the organization, as well a request to the parliaments of the world to provide military and technical assistance to Ukraine. Verkhovna Rada of Ukraine decides to accept the Russian Federation as an "aggressor State".

In addition, Ukrainian parliament decided "to recommend to the President in accordance with the constitution and the law" On Defense of Ukraine" to make a submission to the Verkhovna Rada to declare a state of war and put the country on a war footing until the cessation of armed aggression of the Russian Federation against Ukraine".