UK seeks US approval to send rocket systems to Ukraine 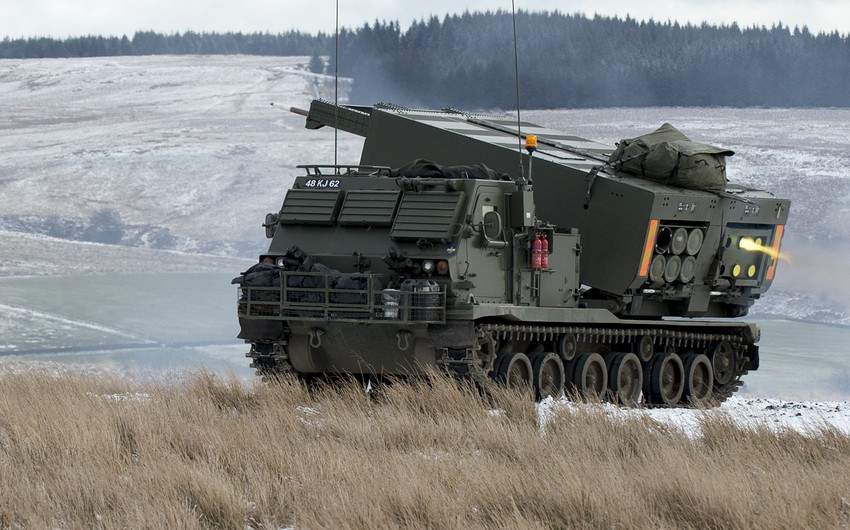 The United Kingdom is asking the US to sign off on a plan to send advanced, medium-range rocket systems to Ukraine within a few weeks, Report informs, citing Politico.

According to the information, British Prime Minister Boris Johnson spoke with Biden about the transfer of the US-made M270 Multiple Launch Rocket Systems on Wednesday morning, to be followed by a discussion between UK Foreign Secretary Liz Truss and Secretary of State Antony Blinken on Thursday morning, the person familiar with the schedule said.

As the article goes, Washington must officially approve the move due to export regulations, though the Biden administration is near certain to give the green light.

Meanwhile, British Defence Secretary Ben Wallace said on Wednesday that the United Kingdom will send multiple-launch rocket systems to Ukraine to help defend itself against Russia.

Britain will send M270 launchers able to strike targets up to 80 kilometers (49.7 miles) away, offering “a significant boost in capability for the Ukrainian forces,” according to a statement from the British Foreign Office.

The move has been “coordinated closely” with the United States' decision to provide Ukraine with its High Mobility Artillery Rocket System (HIMARS) — a variant of the multiple-launch rocket systems that will be gifted by the UK, the statement added.