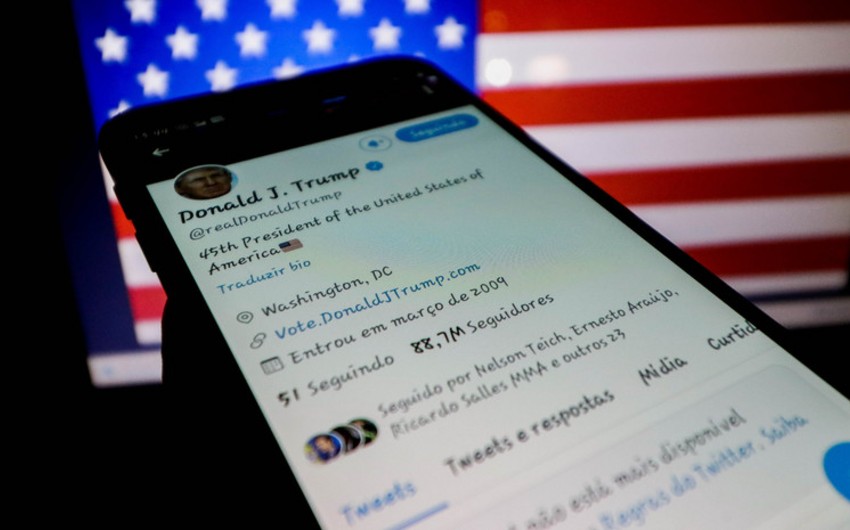 On Friday, Twitter Inc said that it has permanently suspended U.S. President Donald Trump's account due to the risk of further incitement of violence following the storming of the U.S. Capitol on Wednesday, Report states, citing foreign press.

The suspension of Trump's account, which had more than 88 million followers, silences his primary megaphone days before the end of his term and follows years of debate about how social media companies should moderate influential global leaders' accounts.

"After a close review of recent Tweets from the @realDonaldTrump account and the context around them, we have permanently suspended the account due to the risk of further incitement of violence," the company said in a tweet.

It was the first time Twitter has banned a head of state, the company confirmed.

Social media companies have moved swiftly to crack down on Trump and some of his prominent right-wing allies and supporters in the wake of the turmoil in Washington, D.C., on Wednesday, which led to five deaths.

Facebook Inc said earlier this week it was suspending his account until the end of his presidential term.

The Republican president is due to hand over to Democratic President-elect Joe Biden on January 20.