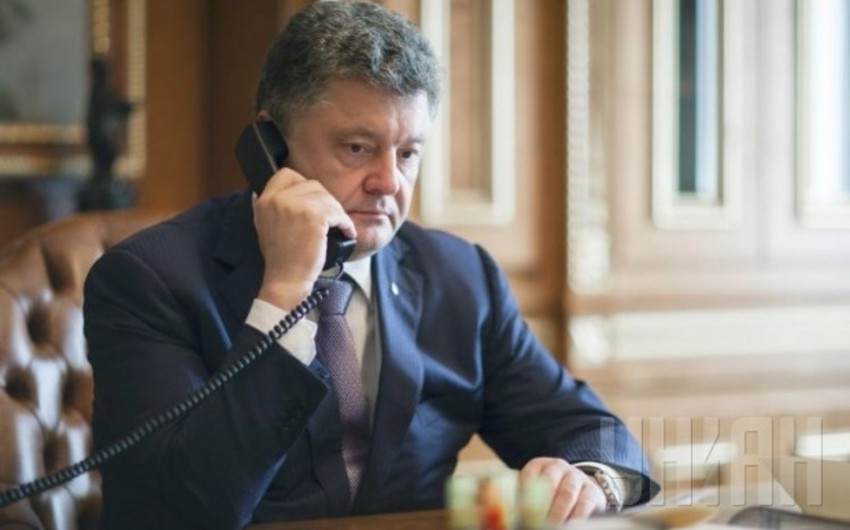 Baku. 28 August. REPORT.AZ/ President of Ukraine Petro Poroshenko cancelled his working visit to the Republic of Turkey (he intended to take part in inauguration ceremony of newly-elected Presiden Recep Tayyp Erdogan) and urgently convened the NSDC meeting due to the intrusion of Russian troops in Ukraine.

Report informs citing Ukrainian media, according to the president, there is sharp aggravation of the situation in Donetsk region, particularly in Amvrosiivka and Starobeshevo, as Russian troops were actually brought into Ukraine.

Poroshenko stated, that the main purpose of the meeting is to elaborate further plan of actions.

Ukrainian leader also claimed that, the world must provide assessment of sharp aggravation of the situation in Ukraine. According to him, Ukraine will address its European partners with a request to call an emergency meeting of the Council of the European Union.