For first time in a decade, a South Korean train rolls into the North 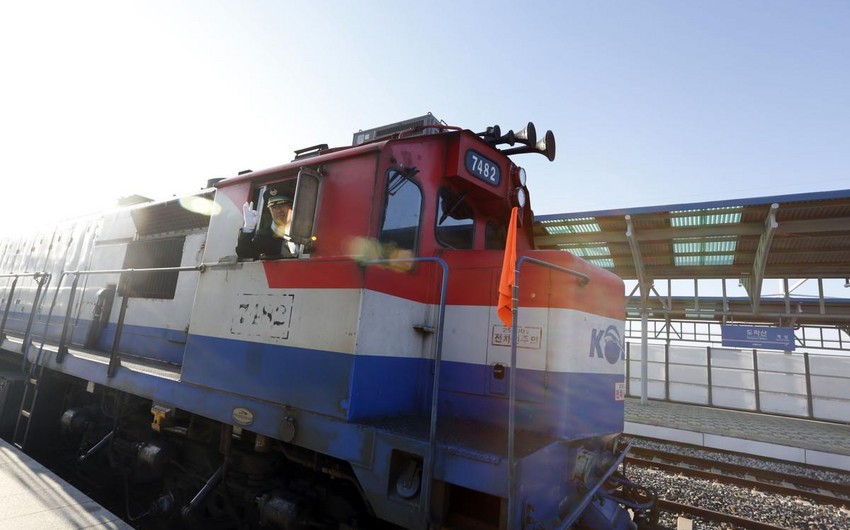 Baku. 30 November. REPORT.AZ/ A South Korean train Friday crossed into North Korea for the first time in a decade, as the two countries began a joint study on renovating the North’s decrepit rail system and linking it to the South’s, Report informs citing foreign media.

It is noted that over the next 18 days, dozens of officials and engineers from both Koreas will live and work on the six-car train, traveling more than 1,600 miles as they study the North’s rail network and consider what it would take to bring it up to international standards. The train rolled north across the countries’ heavily armed border on Friday morning.

Notably, the two Koreas last conducted such research in December,  2007, when they carried out a limited field study on a rail line in western North Korea. They connected short stretches of railway across their border that year.

Notably, the agreement on joining of railways in Korea was reached at the North-South summit in September this year in Pyongyang.