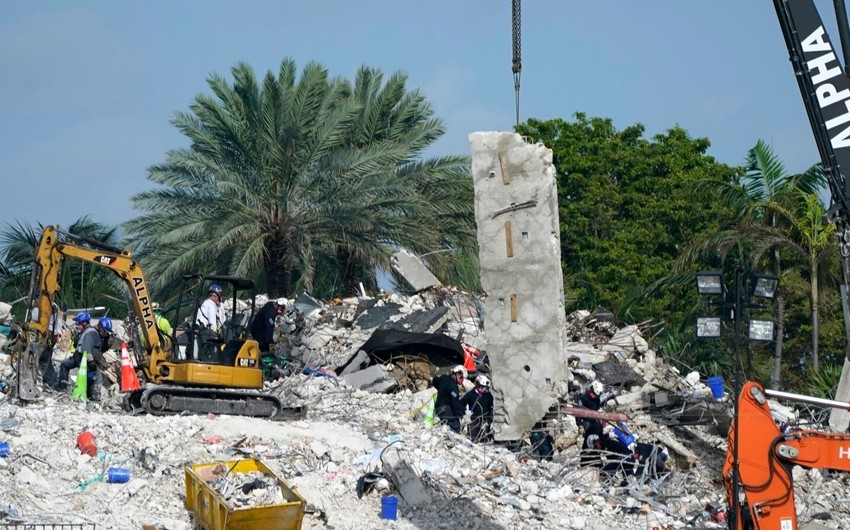 That means 117 people are still unaccounted for, she said.

Earlier in the day, Levine Cava announced the recovery of three bodies after search efforts resumed around midnight following the demolition Sunday night of what had remained to stand of the building.

The structure was demolished around 10:30 p.m. Sunday using a method Levine Cava called "energetic felling," describing it as a process that "uses small, strategically placed explosives and relies on gravity to bring the building down in place."

The demolition, planned because of approaching Tropical Storm Elsa, was carried out "exactly as planned," the mayor said and allowed the search to more safely expand to the area next to where the structure had been.

The pile of rubble next to the building was what had been holding up the structure, Levine Cava said, making it unsafe for crews to search there.