Russian expert on Armenia-Azerbaijan border clashes: It’s profitable for Pashinyan – INTERVIEW Azerbaijan does not have territorial claims against Armenia, but only wants to return it’s occupied regions of Nagorno-Karabakh and seven adjacent regions
138 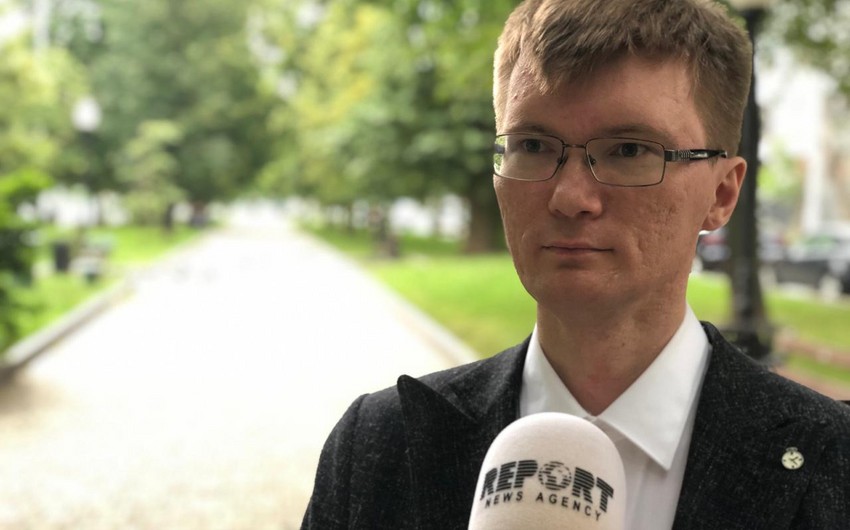 In an exclusive interview with Report’s Russian bureau Chief analyst of Vestnik Kavkaza Andrei Petrov commented on the shelling of the Azerbaijani territories by Armenia, what benefits this provocation could bring to the Prime Minister Nikol Pashinyan and how the data on the losses were concealed in Armenia.

- On July 12, the armed forces of Armenia shelled border villages on the territory of Azerbaijan. The firing lasted for a couple of days; both sides suffered losses. In your opinion, why did Armenia begin this shootout?

- First of all, it is worth noting that Armenia started the shootout because Azerbaijan has no benefit from starting fights either on the border or on this territory. Azerbaijan does not have territorial claims against Armenia, but only wants to return it’s occupied regions of Nagorno-Karabakh and seven adjacent regions. Moreover, at this time, when Azerbaijan is busy fighting the pandemic, the government would like the situation to be calm throughout the country.

- Then what is the benefit for Armenia?

- For the authorities of Armenia, for Nikol Pashinyan, it is beneficial to distract the population from the failure in state policy, from the problems with the pandemic, with the socio-economic situation that now exists in the country. Like his predecessors, whom he previously called his enemies, he decided to play the “Karabakh card.” But, since it is dangerous to start some kind of provocation in Karabakh because Azerbaijan can launch a counterattack and begin to liberate its territories.

However, on the border, Pashinyan can count on the fact that Azerbaijan does not have territorial claims against Armenia. Secondly, Armenia would like to win back somehow the diplomatic failure that exists in the relations of the Azerbaijan-Armenia-Russia triangle. In the past ten years, Russian and Azerbaijani relations have strengthened to an exemplary level in the post-Soviet space, while Pashinyan can’t establish good ties with Russia. Moscow treats him with high suspicion because Pashinyan came to power in a revolutionary way, and because of his strange behavior in the foreign policy arena. To somehow win it back, Armenia chose to provoke Russia with unfriendly steps towards Azerbaijan. That is where provocation comes from. Because any retaliatory attack from Azerbaijan – firing on the territory of Armenia and, formally, according to the documents, Armenia will appeal to the CSTO and play a victim.

- The Azerbaijani side regularly publishes information about the victims on its part, while Armenia, in turn, hides this information. Why?

- This is a manifestation of such weakness and immaturity in Armenian policy since there is no problem in publishing genuine documentary data on losses. If you have durable power, if the population supports you, you will be honest and report on developments. The current leadership of Armenia fears losing support from society.

I see that the Armenian media are intensively publishing materials stating that the population in the border villages is not afraid of shelling and lives as usual. Thus, they are trying to suppress the possible fear among the population that may think the war has started. No one needs this war in Armenia.