Seventeen bison brought to Azerbaijan 92 years later "In order to restore extinct bison, their reintroduction and increase in the country's nature, 17 bison were brought to Azerbaijan from Europe in 2019-2020 and released into the wildlife in the Ismayilli section of the Shahdag National Park," the deputy d
221 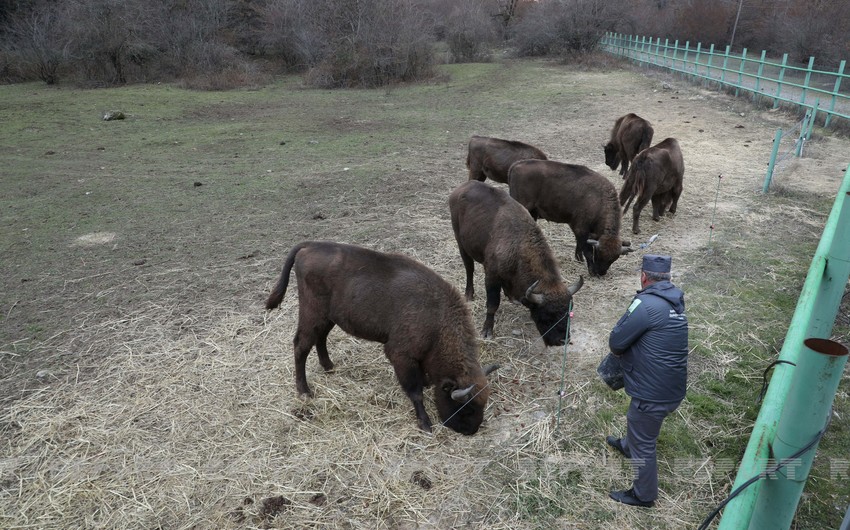 He said that the number of bison in the park is 29.

“The last generation of bison in the South Caucasus was in 1937. The bison were repeatedly brought to Azerbaijan from Europe as part of the bison reintroduction project implemented by the IDEA Public Union, the Ministry of Ecology and Natural Resources and the WWF Azerbaijan office. At present, there are 29 bison in the Ismayilli section of the Shahdag National Park, and they are fully adapted to our nature.”