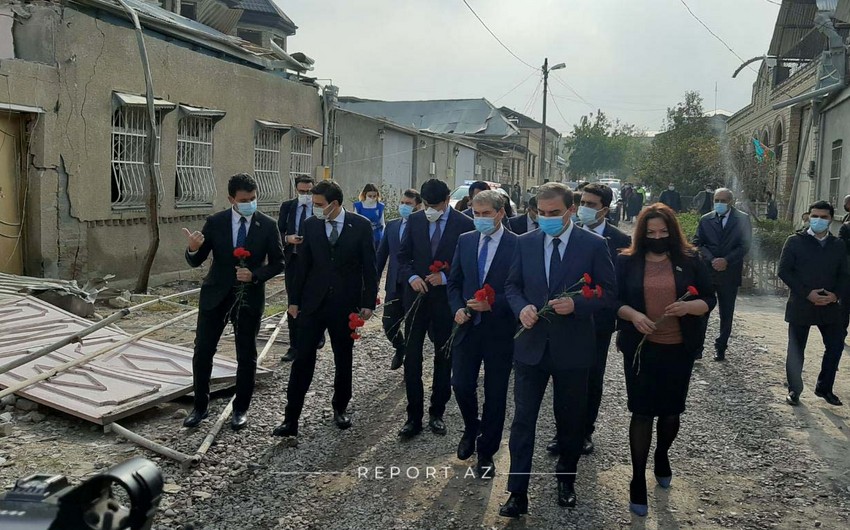 A delegation of the Turkish Diaspora members has visited Ganja.

According to the Western Center of Report, they visited the territories destroyed by the Armenian terror in Ganja and commemorated the attack victims.

Notably, twelve civilians, including two children, were killed, and more than 40 others injured after the Armenian army struck Azerbaijan’s second-largest city, Ganja.

“Treacherous and cruel missile attack of Armenia against civilians in Ganja is a sign of weakness and desperation of Armenia’s political-military leadership in the face of its defeat on the battleground,” Assistant to president Hikmat Hajiyev said. 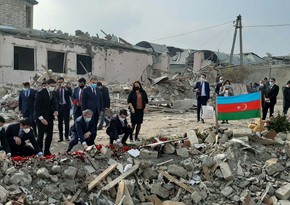 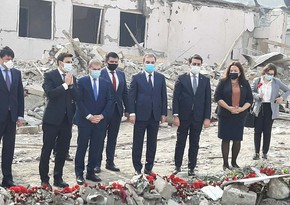 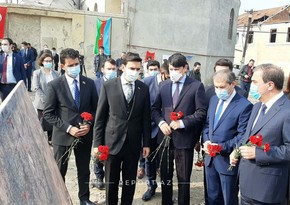