Peter Tase: "I am truly excited to observe such a historic accomplishment"

Peter Tase: "I am truly excited to observe such a historic accomplishment" Today social justice, freedom from slavery and torture and unalienable rights are clearly upheld for the benefit of the People of Azerbaijan.
145 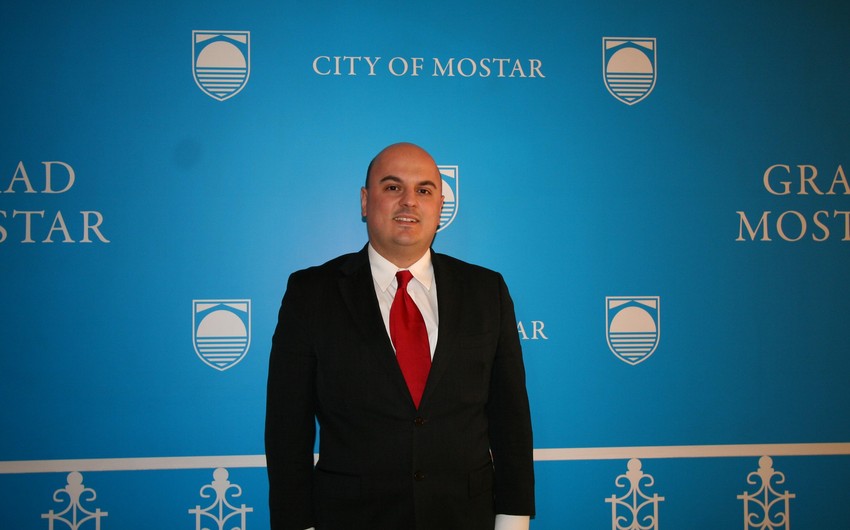 American political scientist Peter Tase has analyzed the significance of Azerbaijan's brilliant victory and the resolution of the Nagorno-Karabakh conflict for the whole world.

According to him, the geopolitical role and active mediation leadership exerted by the Russian Federation in the Caucasus ensuring the complete territorial sovereignty of Republic of Azerbaijan and convincing the full withdrawal of fascist Armenian Armed Forces from the sovereign territory of Azerbaijan, is the most important event that preserves peace and stability in the history of Europe since the end of Second World War.

"Equally important is the very fact that the President of Azerbaijan H. E. Mr. Ilham Aliyev has emerged as an outstanding Commander in Chief, Visionary European Leader, the genuine bodyguard of Respect for the International Law and President Ilham Heydar oğlu Aliyev with the steadfast support of glorious Azerbaijani Armed Forces' military strategists, has strongly defended the democratic principles promoted by European Union and gave life to the thirty year old dream of every Azerbaijani family members that have been yearning to return in their native lands and native villages. Armenian terrorist political military leadership and Armenian Armed Forces, have committed a genocide against the Azerbaijan civilian population, Azerbaijan Children and Women, including the Khojaly Genocide and other monstruous crimes.

Today social justice, freedom from slavery and torture and unalienable rights are clearly upheld for the benefit of the People of Azerbaijan, healthy sustainable development in the region and this agreement signed between Russia - Azerbaijan is an important milestone for the people of Azerbaijan and the first real political attempt in over thirty years for pressuring Armenian terrorist government leaders to behave and respect International Law, Universal Declaration of Human Rights and above all to leave alone the peace loving and hard-working people of Azerbaijan.

I am truly excited and delighted to observe such a historic accomplishment of the President of Azerbaijan, he is truly Europe’s Andrew Jackson in modern history. Furthermore It is remarkable to eyewitness the amazing results of Azerbaijan’s Foreign Policy," Peter Tase said.