Russian political scientist: Murder of Azerbaijani child is a sign of Armenian military's weakness "The Peace Quarter is technically more convenient target than the fortifications and firing position" 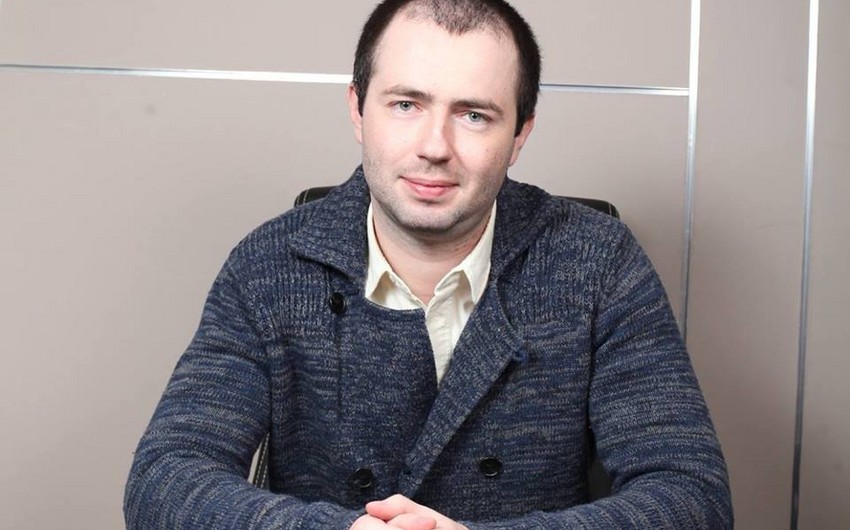 Baku. 6 July. REPORT.AZ/ In Russia, in US and in France, the Nagorno-Karabakh conflict is preferred not to be noticed and the line for "freezing" remains dominant in the behavior of the elites of these countries. Report was told by Russian political scientist Nikita Golobokov, commenting on provocation of Armenia on July 4.

On July 4 Armenian armed forces subjected to fire Alkhanli village of Fuzuli region using 82 and 120 millimeter mortars and heavy grenade launchers. As a result of the provocation of Armenia, villagers Allahverdiyeva Sahiba Idris and her granddaughter Guliyeva Zahra were killed.

According to him, such behavior of the Armenian military is a sign of weakness and nothing can justify the killing of civilians.

"The artillery duel and diversionary war on the frontline do not stop. At the same time, the Armenian side does not have sufficient means for delivering precision strike on fortified points and armored vehicles of the enemy, just as the air defense system "Osa" was recently destroyed by Azerbaijani troops, and they really want give response. As a responded, as they responded. The peaceful quarter is technically more convenient than the fortifications and fire position", expert said.

Speaking about the escalation after the incident, N. Golobokov noted that it is inevitable, based on public sentiments in Armenia and Azerbaijan, as well as military expenditures of Baku and the unconstructive position of the ruling clan in Armenia.

"However, now the repetition of the April events is unlikely to happen, since the main feature of April 2016 was the surprise. Now, many are waiting for active actions from the Azerbaijani army, it is in sight, so the effectiveness of the military operation with the seizure of territories will be lower”, political scientist believes.

"There will be on-duty statements and an on-call reaction. However, in Russia, in the United States and in France, this conflict is preferred not to be noticed, and the line for "freezing" remains dominant in the behavior of the elites of these countries.

This, of course, primarily concerns Russia, since the Western countries are at a certain distance from Nagorno-Karabakh so far. The point is not even in the notorious "Armenian lobby", but that, for example, Russia perceives most of the territorial conflicts on the territory of the former USSR, with the possible exception of the situation in Ukraine, as difficult legacy of the 90s. In fact, it would be better to get rid of them, but all this is fraught with the loosening of the situation in the regions and therefore it would be better to freeze, "the expert believes.

"I do not see medium-term prospects for the settlement of the conflict - Yerevan is not yet in a hurry to release Azerbaijani territories and Baku is not ready for half-measures. How Moscow behaves in the event of an escalation of the conflict is also a mystery. Much depends on whose position in the "dispute of the elites" will overcome - the circles that understand the transit, economic, political value of the partnership with Azerbaijan or the notorious "Armenian lobby", N. Golobokov said.

According to him, Armenian side did not consciously choose "convenient moment" before the meeting of the foreign ministers of the parties to the settlement. "In addition, experience suggests that at this meeting the parties will be limited to " on-duty statements”, he concluded.