Co-chair ​Pierre Andrieu: We want to do our best to reduce tension on the contact line

Co-chair ​Pierre Andrieu: We want to do our best to reduce tension on the contact line OSCE MG Co-chairs are planning to visit Minsk, Belgrade and Rome to inform the members of the Minsk Group
2889 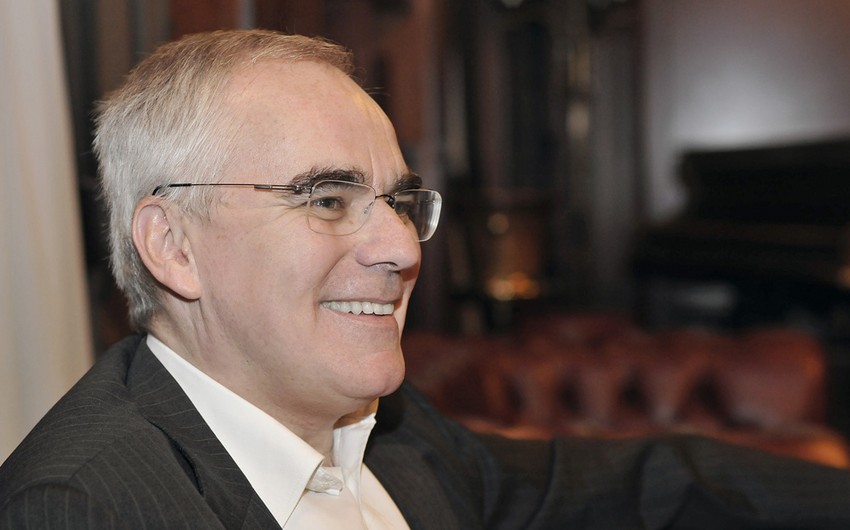 He mentioned that the mediators have visited Germany and Finland recently, " Foreign Minister of Finland invited us to find out what the situation is, what problems exist," - the co-chair said.
Commenting on the recent visit of the mediators to the region, P. Andrieu noted that they intend to hold a meeting with the presidents of the two countries, as well as ministers of defense. During the visit further steps to resolve the conflict, as well as the aggravated situation on the border and the contact line between Armenian and Azerbaijani troops will be discussed: "The tension rose on the contact line last few months and weeks, and we want to do our best to reduce it. This is our work."

According to him, one of the positive points of the summit in Paris that the two countries agreed on the exchange of data about the people missing during the war under the auspices of the ICRC and the matter will also be raised during the visit: "I think we will have a meeting with representative red Cross in Baku, and will also be meeting with the Red Cross in Yerevan. And we would like the Red Cross to begin work on this, because thousands of families want to know what happened to their fathers, brothers, this is a very sensitive topic and it is part of confidence-building measures between the two countries.
This is certainly a small step, but I hope that it still play a role."

Commenting on further steps the co-chairs and the possibility to organize a new meeting to resolve the conflict, P. Andrieu expressed hope that the Foreign Ministers and Presidents will сontinue to meet in the future. "We try to play a role of mediators, is not always easy, but we continue our work. "

Speaking about the possible impact of crisis in Ukraine of the Nagorno-Karabakh conflict, the Co-chair noted that it had no effect on their work, and mediators continue their mission to resolve the conflict.