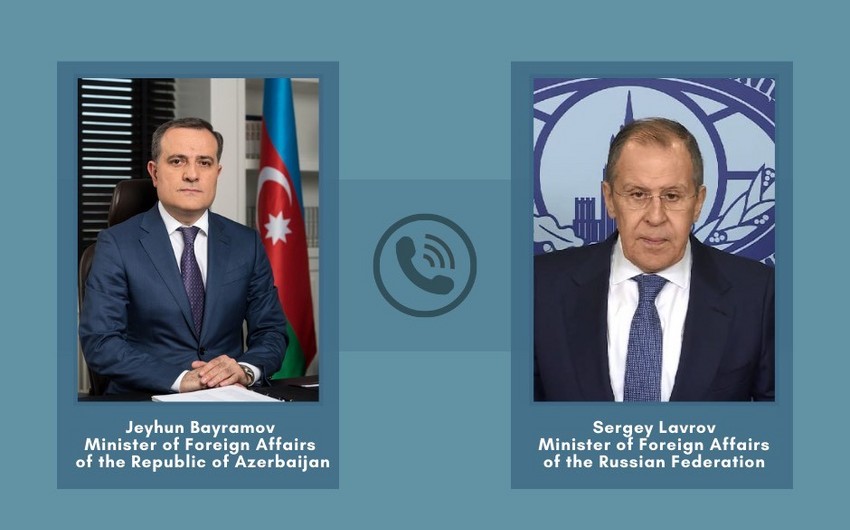 Russian Foreign Minister Sergey Lavrov expressed concern over tensions in the region and stressed the importance of achieving a ceasefire. He proposed Russia’s mediation efforts in its national capacity and the other Minsk Group co-chairs to reduce tension between the parties.

In his turn, Minister Jeyhun Bayramov noted that Armenia is the leading cause of tension in the region. Since September 27, 2020, the minister said that the Azerbaijani Armed Forces have been carrying out counter-attacks along the line of contact within the framework of its right to self-defense and to protect the civilian population in response to a new act of aggression of the Armenian armed forces against Azerbaijan. Minister Jeyhun Bayramov informed his counterpart that by purposefully targeting the Azerbaijani civilians and civil objects, the Armenian side, grossly violating fundamental norms and international law principles, including international humanitarian law, emphasized the casualties among the Azerbaijani civilian population as a result of indiscriminate shelling of civilians.