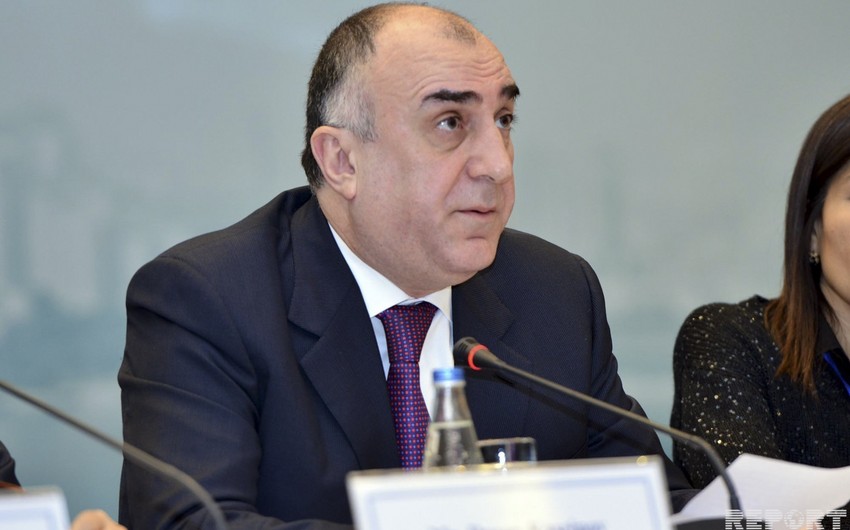 Baku. 27 February. REPORT.AZ/ As a result of armed aggression by Armenia 20 percent of the territory of Azerbaijan has been under occupation since more than a quarter of a century. Over 1 million Azerbaijanis were subjected to ethnic cleansing and have been forced to leave their homes to become refugees and IDPs in their own country. Today, Azerbaijan with a population of 10 million hosts - in per capita terms - one of the highest numbers of refugees and IDPs in the world - 1.2 million.

Report was informed in the press service of the Azerbaijani Ministry of Foreign Affairs (MFA), Azerbaijani Foreign Minister Elmar Mammadyarov said at the 37th Session of the UN Human Rights Council

"Armenia continues the occupation of Azerbaijani territories by disregarding the relevant resolutions of the UN Security Council and related documents of other international organizations, which reaffirm the territorial integrity of Azerbaijan and demand immediate, complete and unconditional withdrawal of Armenian armed forces from the occupied territories.

Yesterday - 26 February 2018 - marked the 26th anniversary of Khojaly Genocide committed by Armenia, as a result of which 613 residents of this small town in the Nagorno- Karabakh region of Azerbaijan were killed, including 106 women, 63 children and 70 elderly. The consequences of this genocide committed in 1992 made it clear that the intentional mass killings in Khojaly were not isolated or sporadic acts, but were part of Armenia’s systematic policy of ethnic cleansing commenced since 1988. Regretfully, those responsible for such grave offences still enjoy impunity and have not yet been brought to justice", he said.

"Encouraged by silence of international community towards the crimes against humanity committed in Azerbaijan, Armenia continues to violate the basic human rights of Azerbaijani IDPs and refugees. Therefore, we urge the UN Human Rights Council, its mandate holders and the UN High Commissioner for Human Rights to finally ensure effective remedy for the violated human rights of Azerbaijani refugees and IDPs as tasked by the relevant UN Security Council and General Assembly resolutions. The continued large-scale human rights violations have been steadily undermining the trust of the people of Azerbaijan in the primacy of international law and the efficiency of the UN human rights machinery", Azerbaijani Foreign Minister added.