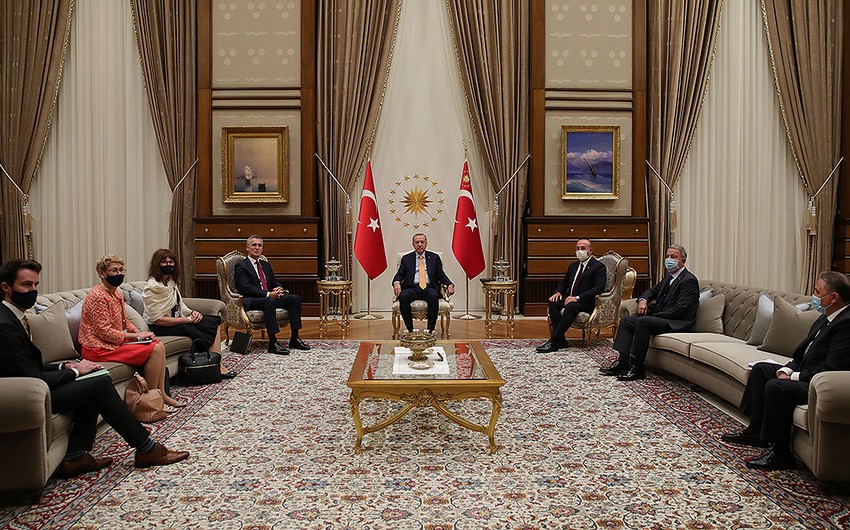 The Turkish President commented on the situation in the Nagorno-Karabakh conflict zone. The head of state recalled that the UN Security Council and OSCE resolutions call on Armenia to leave the occupied Azerbaijani territories immediately, wholly and unconditionally.

Recep Tayyip Erdoğan also said that Ankara supports NATO's initiative to prevent the risk of clashes between Turkish and Greek troops in the Eastern Mediterranean.

The Turkish leader said that some NATO members' cooperation with PKK / PYD / YPG terrorists and their FETO terrorist organization's sponsorship undermined the alliance's solidarity within the union.

The head of state noted that Turkey is struggling with the migration crisis for the security of the whole region and Europe.

Recep Tayyip Erdogan added that Turkey is the only member of NATO that takes a firm stand and helps restore the balance of power in Libya.