Banner 'Karabakh is Azerbaijan! End the Occupation!' flown all over Los Angeles during Pashinyan's visit 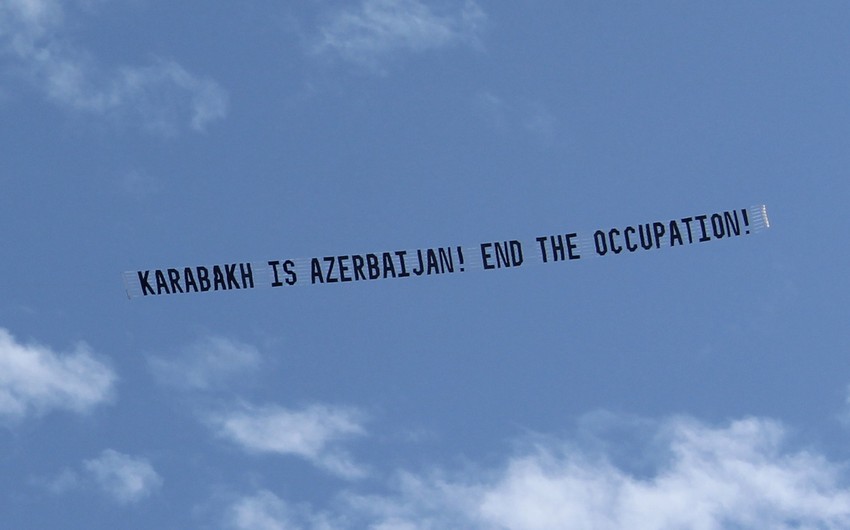 Report informs citing the Consulate General of Azerbaijan to Los Angeles said that the same day, airplanes carrying a banner “Karabakh is Azerbaijan! End the Occupation” were flown all over Los Angeles, informing a large number of the city residents about the brutal occupation and ethnic cleansing Armenia committed against Azerbaijan and its civilian population.

Moreover, trucks displaying digital banners on the truth about Armenia-Azerbaijan conflict were driven around various parts of Los Angeles. The banners focused on Armenia’s crimes against humanity, including the brutal Khojaly massacre, as well as on how Armenia occupied and ethnically cleansed Azerbaijan’s Karabakh region, how a true “cultural genocide” was committed against Azerbaijani cultural heritage in the occupied territories, and how much suffering this aggressive war by Armenia has caused Azerbaijani civilian populaton. The banners were received with much interest by Los Angeles residents.

In an aggressive and internationally condemned war unleashed against neighboring Azerbaijan in the early 1990s, Armenia invaded and occupied around 20% of Azerbaijan’s sovereign territory, including the region and seven adjacent districts, expelling over 800,000 Azerbaijani civilians from their homes and lands. Coupled with 250,000 Azerbaijanis expelled from Armenia, the number of Azerbaijani refugees and IDPs reached over 1 million.

PM Pashinyan’s visit to Los Angeles and his speech in a public rally were also criticized by U.S. media on the eve of the visit. Namely, Jewish Journal of Los Angeles and NewsBlaze published articles lambasting the visit and highlighting how Nazi generals are glorified in Armenia, anti-Semitism is wide-spread and how aggressive militarism and ethnic cleansing are Armenia’s government policies. 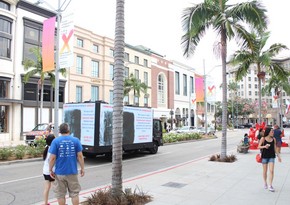 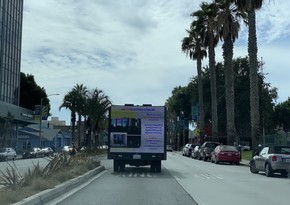 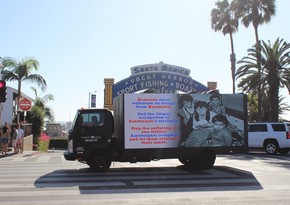 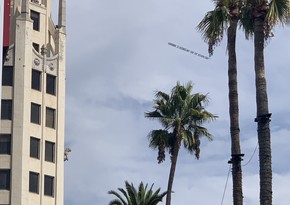 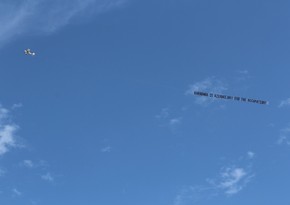