Presidents of Azerbaijan and Russia meet via videoconference

Presidents of Azerbaijan and Russia meet via videoconference Azerbaijani President Ilham Aliyev said in his address to the nation.
252 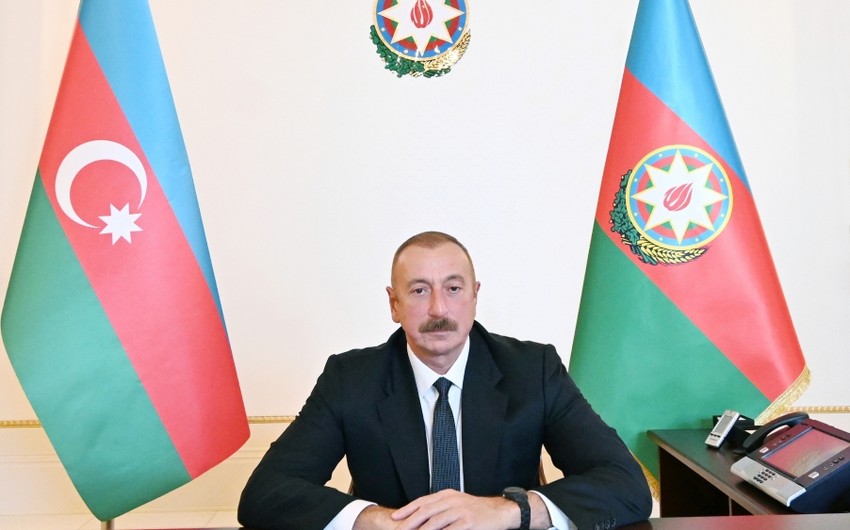 I hope that this decision, set out in our joint statement, will put an end to years of confrontation between Armenia and Azerbaijan, bloodshed on this land, and establish reliable mechanisms to control the agreements that we have signed today. But most importantly, it will create favorable conditions for a long-term, historical perspective and atmosphere for the development of relations in the region, first of all, friendly relations between the Republic of Azerbaijan and Armenia in the interests of both the Azerbaijani and Armenian peoples. Thank you.'

President Ilham Aliyev: Thank you, dear Vladimir Vladimirovich. For my part, I would like to say that I am very glad that today we are completing the settlement of the long-standing dispute between Armenia and Azerbaijan, to the occupation of Azerbaijani lands by agreeing on important moments, which took more than one hour, and in general, more than one day. We have reached the settlement that I believe meets the interests of the peoples of Azerbaijan, Armenia, and the regional countries. I am sure that the military-political settlement of the conflict, which we are now seeing, will lead to durable peace and accord in our region and put an end to confrontation and bloodshed.

The Armenian-Azerbaijani Nagorno-Karabakh conflict is one of the longest-running conflicts in our region, in the Eurasian space, and the fact that it is coming to an end today is a historical event, first of all, for the people of Azerbaijan, which is freed from many years of occupation. It is also a triumph of the norms and principles of international law, the implementation of the UN Security Council resolutions, which, unfortunately, remained on paper for a long time.

I would like to express gratitude to you, Vladimir Vladimirovich, for your active participation in the settlement process in previous years, especially during the hot phase. And the fact that today the three leaders of the countries are signing this document speaks of the unique role of the Russian Federation in settlement of this conflict. And I am sure that Russia's role in further activities in the region, including overcoming the consequences of the conflict and normalizing relations between Azerbaijan and Armenia, will also be significant.