Azerbaijani FM: We’ll never give up our territorial integrity and sovereignty 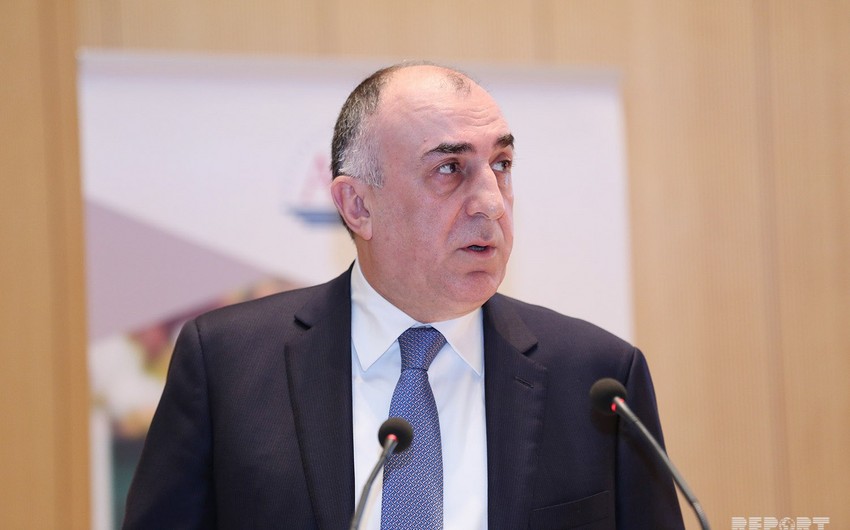 Baku. 25 May. REPORT.AZ / Azerbaijan will never give up its territorial integrity and sovereignty.

Report informs, the Azerbaijani Foreign Minister Elmar Mammadyarov said, speaking at an international conference dedicated to the 100th anniversary of the Azerbaijan Democratic Republic at the University in ADA.

The foreign Minister recalled that after the collapse of the USSR, Azerbaijan again faced difficulties: first of all, by ethnic cleansing and then the occupation of 20 percent of the territories of Azerbaijan by Armenians.

At the same time, he said, after Azerbaijan was able to embark on the path of development, especially after signing “the Contract of the Century and the flow of foreign capital, the country began to develop the economy, education, increased living standard of the population.

"Our main problem is the occupation of Azerbaijani lands - Nagorno - Karabakh and 7 adjacent regions. Azerbaijan is a supporter of good-neighborly relations and we are ready to establish these relations in case of de-occupation of our territories. We will never give up our territorial integrity and sovereignty," Mammadyarov said.