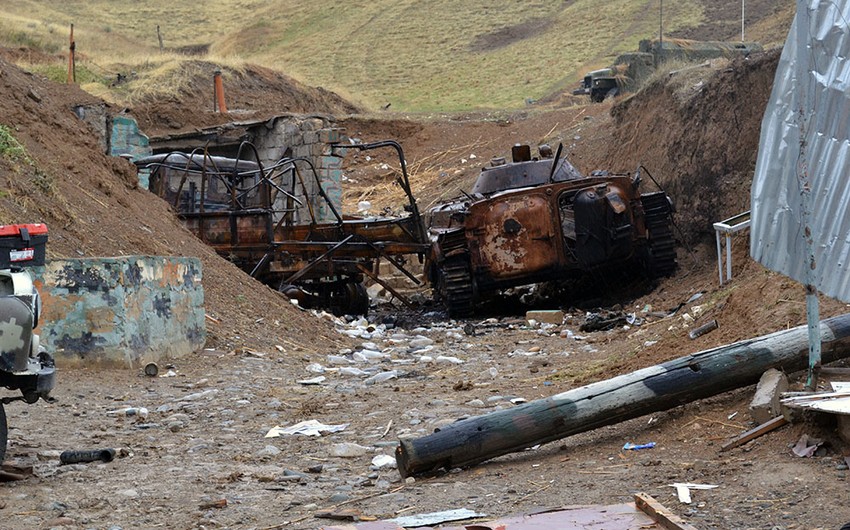 The Canadian newspaper The Globe and Mail published an article by Mark MacKinnon entitled "Armenia and Azerbaijan begin fighting for Nagorno-Karabakh," Report informs.

The article covers the views of Hikmat Hajiyev, Assistant to the President of the Republic of Azerbaijan - Head of the Foreign Policy Department of the Presidential Administration.

Hikmat Hajiyev said the attacks on Ganja, which has a population of 335,000, had been launched from Armenian territory and risked expanding the zone of conflict beyond Nagorno-Karabakh. Late Sunday night, he also said on Twitter that Armenian missiles had targeted the water reservoir and electricity plant in the Azerbaijani industrial city of Mingachevir.

He noted that what Armenia is doing, from their territory, attacking Azerbaijani civilians, adds a more dangerous dimension to the conflict.

"Calling for a ceasefire should also be accompanied with a serious message, a serious political message, for the withdrawal of Armenian troops from the occupied territories of Azerbaijan," Hajiyev emphasized.

Besides, Mr. Hajiyev said the Azerbaijan Army was targeting only military facilities in and around Khankendi.