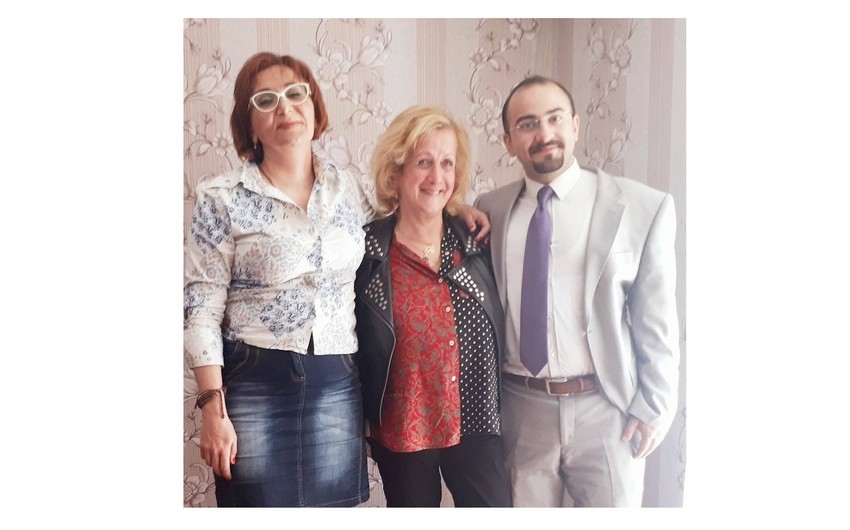 Baku. 5 May. REPORT.AZ/ On May 4, 2017, co-coordinators of "Armenia-Azerbaijan Peace Platform" Susan Jaghinyan and Orkhan Nabiyev provide a meeting with American journalist Nurit Greenger.

Report was informed in the platform's press service, the meeting had an introductive aim.

Ms. Greenger expressed her interest to the Peace Platform. She also underlined the importance of establishment the sustainable peace in the South Caucasus region. Ms. Greenger also said she will put all her efforts to inform the American society about the "Armenia-Azerbaijan Peace Platform" that has goal to establish a just peace in the South Caucasus region.

At the end of the meeting the co-coordinators made memorable photos with Mrs. Nurit Greenger.